Aussies and an Afghan power Sunrisers to victory 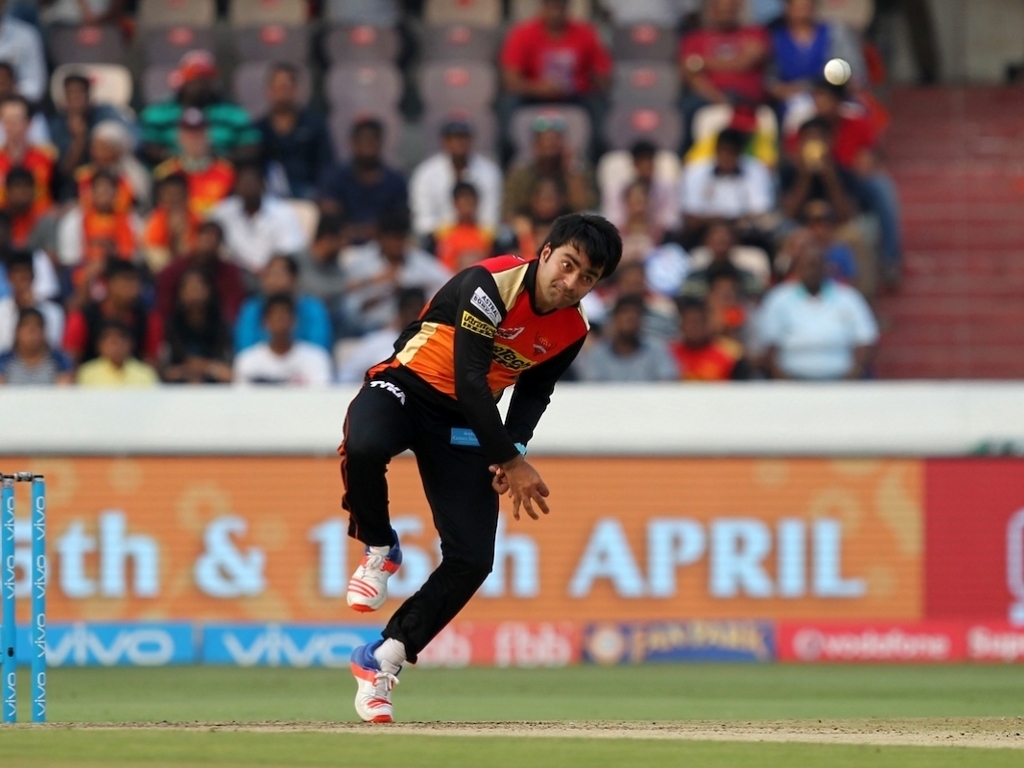 With bat in hand David Warner and Moises Henriques carried the Sunrisers Hyderabad to a nine wicket win over the Gujarat Lions in Deccan.

The hard work had been done with ball in hand though as Afghan leg-spinner Rashid Khan dismantled the Lions powerful middle order.

The Gujarat franchise would never truly recover though Dinesh Karthik (30) and Dwayne Smith (37) were able to add an air of respectability to the visitors score.

A late cameo by Basil Thampi (13 not out) helped GL post a score of 135 for 7 from their twenty overs.

That total was nowhere near enough and despite Praveen Kumar whipping out Shikhar Dhawan (9) early the aussie pair would dominate.

David Warner recorded yet another IPL fifty for the Sunrisers, it was his 17th half-century in a victory for the Hyderabad franchise.

Warner ended on 76 not out off 45 balls hitting six fours and four sixes as he took the game to the Lions.

Henriques was a little more restrained which was understandable given the size of the target although he was able to reach fifty as well.

The Australia allrounder hit 52 off 39 balls performing the role of foil to Warner brilliantly.

The Sunrisers 9 wicket victory is their fourth win in four matches against the Gujarat Lions.

“The Afghan legspinner bowled really well. We haven’t seen much for him. This wicket was slow, we started well but then Rashid struck. Dinesh and Smith did well, but 135 wasn’t going to be enough. We need to raise our bowling. If we can’t do that, I don’t think we deserve to finish in the top four.”

Sunrisers Hyderabad captain was eager to highlight the effort of his bowlers: “Fantastic effort by the bowlers, credit to Rash.

“I wanted to try him in the first six, and he said ‘give me the ball.’ He’s a superstar in the making, adds great dynamics to our team. With Fizz unavailable, he’s stepped up and filled the gap. One of our key strengths isn’t just keeping teams to low totals but also take wickets. The one thing we try and do well is to try and chase it down early if it’s a low total.”

Man of the match Rashid said: “It’s a positive message back home in Afghanistan. Their players have helped me. The crowd here have given me a lot of support and love. Happy to be a part of the Sunrisers. The coach and the captain asked me to bowl whenever I’m comfortable. I told them I’m happy to bowl at any stage. I thought batsmen weren’t going to read my googlies and tried it, and it worked.”