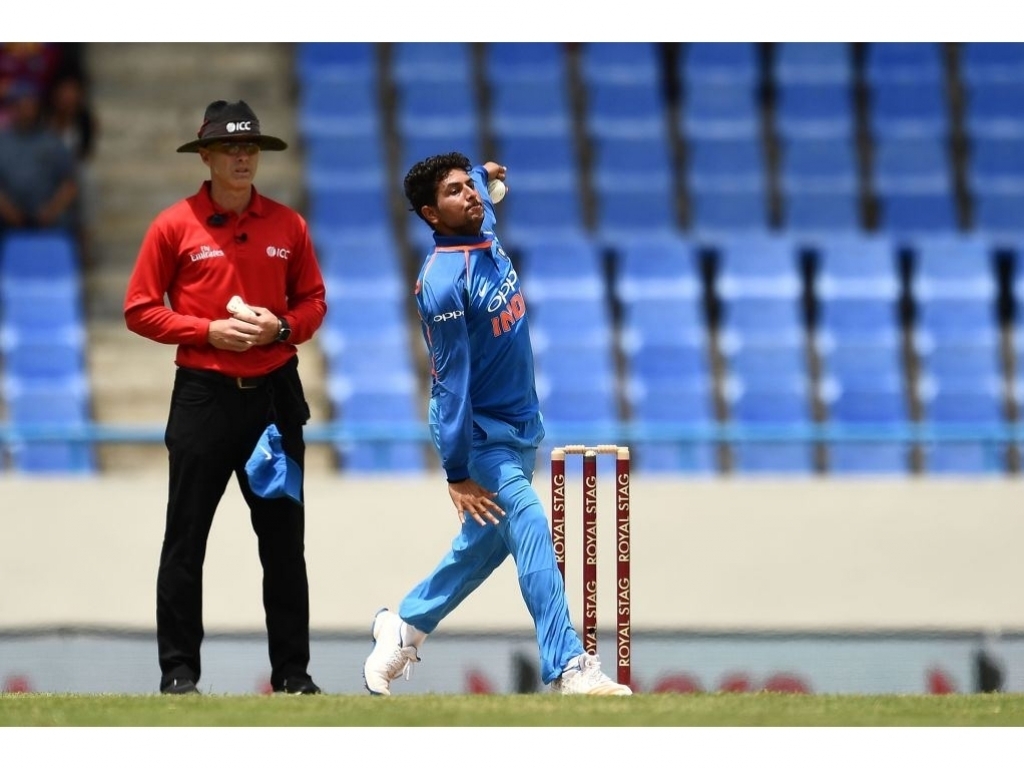 Australia have spent a fair amount of time in training preparing for the task of facing India spinner Kuldeep Yadav in Sunday’s opening ODI.

Kuldeep caused Australia some problems on their first meeting, in the Test match at Dharamsala, but Steve Smith insists his team will be better prepared this time.

Jiyas played with Travis Head, Marcus Stoinis and Nathan Coulter-Nile in the 2015 IPL when he was contracted to the Delhi Daredevils and is a similar type of bowler to Kuldeep.

Speaking ahead of the opener in Chennai Smith said: “A few of the guys have played against him in the IPL and we saw what he did in Sri Lanka as well.

“He’s a good young talent. He can be difficult to pick at times so he’s someone you’ve got to watch really closely.

“Hopefully we can put him under a little bit of pressure early in his spell and try and take him for as many (runs) as we can.

Jiyas reported that he was able to trouble a few of Australia’s batsmen in training but admitted that the lower-order hitters showed him little respect.

He told the Times of India: “But for David Warner and Aaron Finch (injured), I bowled to all the other top batsmen and troubled a few of them.

“Glenn Maxwell and James Faulkner, though, hit me inside out and slogged me over mid-wicket.”