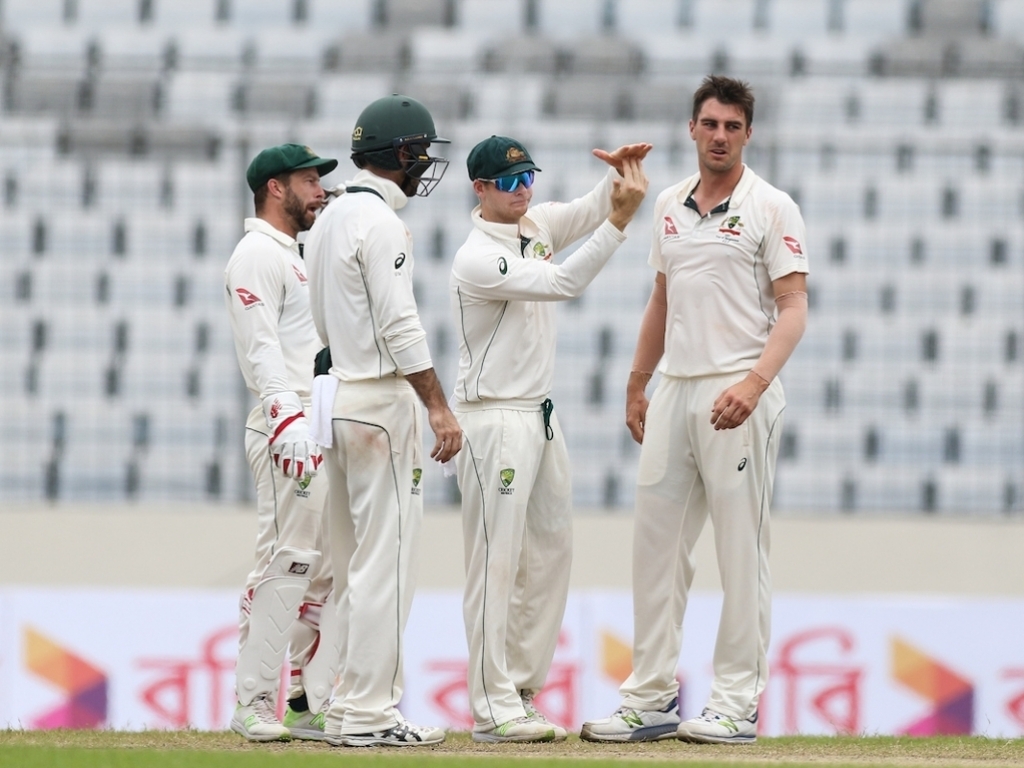 Australia have slipped one place to fifth position in the ICC Test Team Rankings after drawing the two-Test series against Bangladesh 1-1.

The Aussies, who started the series in fourth position on 100 points, are now on 97 points, the same as New Zealand but are behind on decimal points.

Australia had to win the series 1-0 or better to remain in fourth position on the points table, which is led by India with 125 points.

The Baggy Green won the second Test against Bangladesh by seven wickets in Chittagong having gone down in the opener in Dhaka.

Australia’s next Test match will be the first Ashes Test against England on the 23rd of November at the GABBA in Brisbane.

South Africa are placed second at 110 points while England are third with 105 points.

Meanwhile, Bangladesh has gained five points from the series to reach an aggregate of 74 points, though they remain in ninth position, only ahead of Zimbabwe.

Bangladesh face the second placed Proteas in their next assignment with the first of two Tests getting underway in Potchefstroom later this month.

ICC Test Team Rankings (as on 7 September 2017, after the Bangladesh v Australia series)