Australia touch down in Mumbai 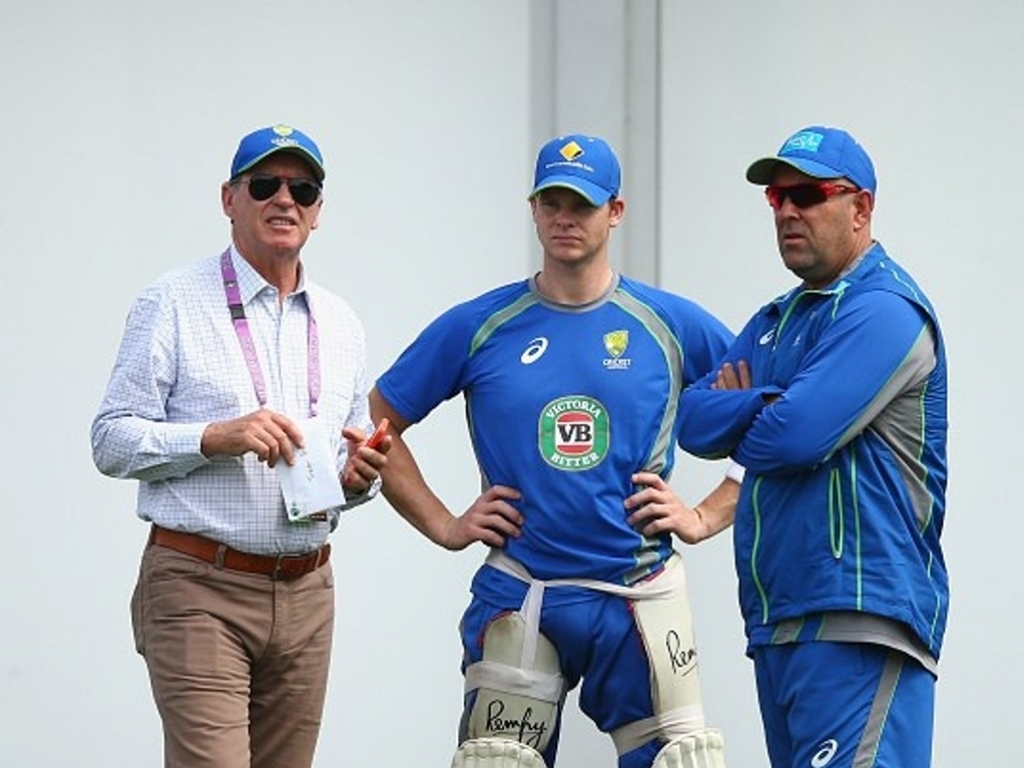 Australia arrived in India on Valentine’s day ahead of their four Test series against the hosts which gets underway in Pune on February 23.

The Baggy Green skipper Steve Smith has not counseled his team against the use of sledging aimed at Virat Kohli but has said it is down to the individual players to decide.

Smith said at a press conference in Mumbai: “I think each of our individuals play the way that they play.

“If they want to get into a battle verbally, and that gets the best out of them then go for it.

“It’s all about us making sure that us as individuals are in the right mind set to go out and succeed.

“In the end it’s about us playing on skill and making sure that our skills are in the best place for us to succeed in these conditions.”

Looking ahead to the warm up game against India A coach Darren Lehmann insisted they weren’t too fussed about the result of the game.

Lehmann told the gathered press: “We’re not focusing too much on the results, it’s just getting into the game and playing as well as we can.

“For us to start well is a key, in the first Test in Pune.

“And starting here with the tour game as well.

“Preparation has been good, really happy with where all the lads are at and now it’s a case of going to play.”

Speaking about the time spent in Dubai Smith said it was about fine tuning their approach to the game in dry and turning conditions.

Smith added: “Guys were able to try and find the best way to hopefully have success here in India, it’s so foreign to what we get back home.

“You don’t really want people to change their natural games, it’s always important to be positive and look to score.

“The moment you start defending you’re probably in trouble.

“But ultimately your defence is what helps you out when you’re in trouble and it’s going to be important that our defences are strong.

“Against not only the spin bowlers of India, but they’ve got some great fast bowlers as well who can present a good seam, swing the ball and bowl very good reverse (swing).”

Smith would not be drawn on Australia’s gameplan to counter India skipper Virat Kohli who is in sublime form at the moment having scored double centuries in each of his last four Test series.

Smith simply said: “We’re trying to form a game plan but I’m not going to tell you what it is.”

Australia have lost their last nine Tests in Asia while India have not lost in their last 19 Test matches.