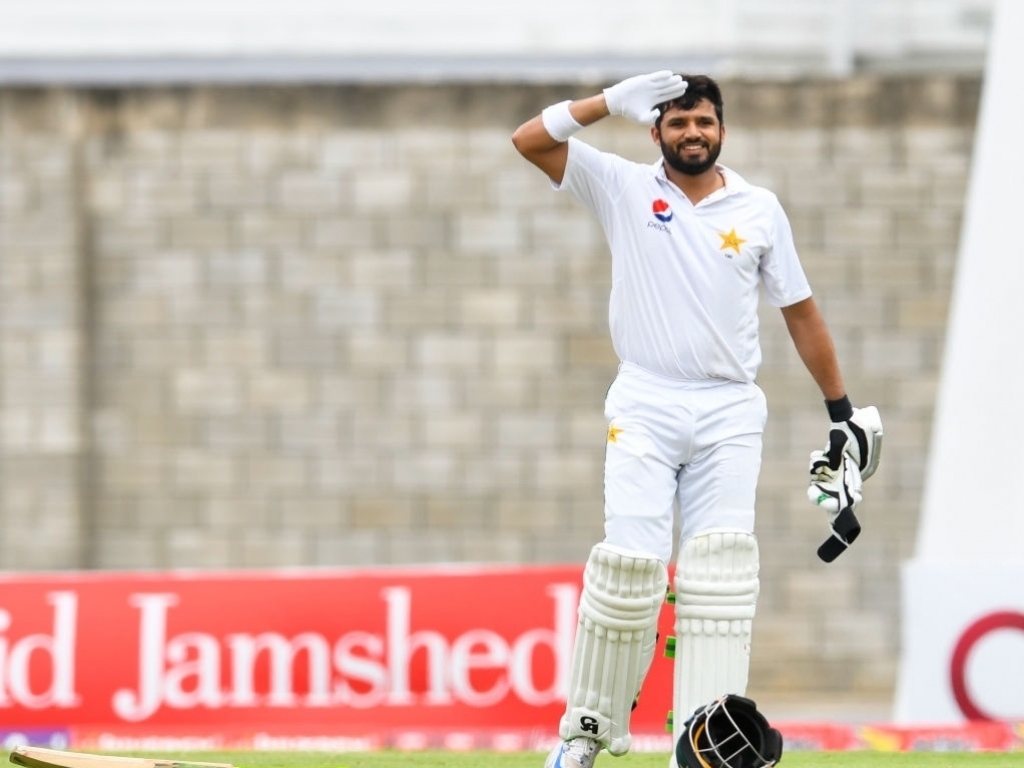 An Azhar Ali ton and yet another 99 from Misbah-ul-Haq allowed Pakistan to establish an 81 run first innings lead before on day three of the second Test against the West Indies.

The hosts would move to 40/1 by the close of play still trailing by 41 runs and needing to dig deep to stay in the match.

Azhar and Misbah stood tall through the morning session guiding Pakistan to 226/3 by lunch adding 54 to their overnight total.

The partnership between the two was broken when Azhar (105) nicked off to Devendra Bishoo.

Misbah who was left 99 not out in the first innings of the first Test would again end on 99 when indecision caused him to withdraw his bat too late with the edge flying to Shai hope in the slips.

Asad Shafiq (15) and Sarfraz Ahmed (9) couldn't withstand a West Indies counter as Shannon Gabriel had the latter caught in the corden before the former was trapped leg before by Jason Holder.

Mohammad Abbas struck before the close getting Kieron Powell (6) to edge one through to the keeper but Kraigg Brathwaite (8*) and the aggressive Shimron Hetmyer (22) took the West Indies to the close without further loss.

While Pakistan are definitely favourites in this game the West Indies are by no means out of the match.