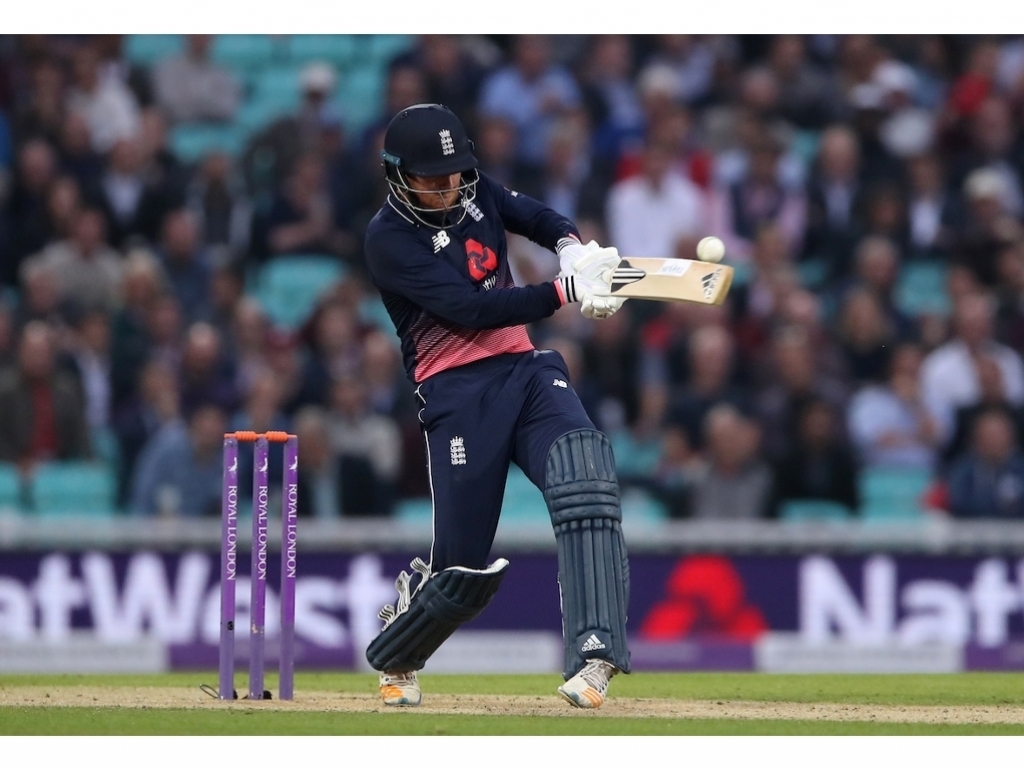 A brilliant display from Jonny Bairstow helped power England to an emphatic nine wicket victory over the West Indies in Southampton.

The West Indies set England a target of 289 runs to win having posted a total of 288/6 in their fifty overs.

The start of the match was delayed by an afternoon shower but no overs were lost to the delay with England winning the toss and electing to field.

Chris Gayle appeared in the mood for destruction hitting five sixes in his rapid innings of 40 but a brilliant catch from Liam Plunkett gave debutant Tom Curran his first ODI wicket. The West Indies were 52 for 1.

There were contributions all down the order for the West Indies but nobody was able to kick on and make a big score.

Kyle Hope (33) was the victim of another stunning Plunkett grab this time off his own bowling leaving the tourists 86 for 2.

Shai Hope top scored with 72 but the bit part efforts of the Caribbean Islanders left them at least fifty runs short of a defendable score.

Had they scored 350 it may still have been insufficient in the face of a brutal display from Bairstow and opening partner Jason Roy.

They put on 156 run opening stand in just 21.2 overs before Roy (96) was trapped leg before by Miguel Cummins.

Bairstow (141*) went on to record his second ODI century with his first having come earlier in the series and make a strong case for an extended run at the top of the order in fifty over cricket.

Joe Root (46) would help Bairstow get England over the line with 12 overs to spare as the Windies tour ended with a whimper.

Despite losing all but two of their matches on the tour there were encouraging signs for Stuart Law’s men with Shai Hope and Evin Lewis the standout performers of the visit.