Ball ruled out of first Test 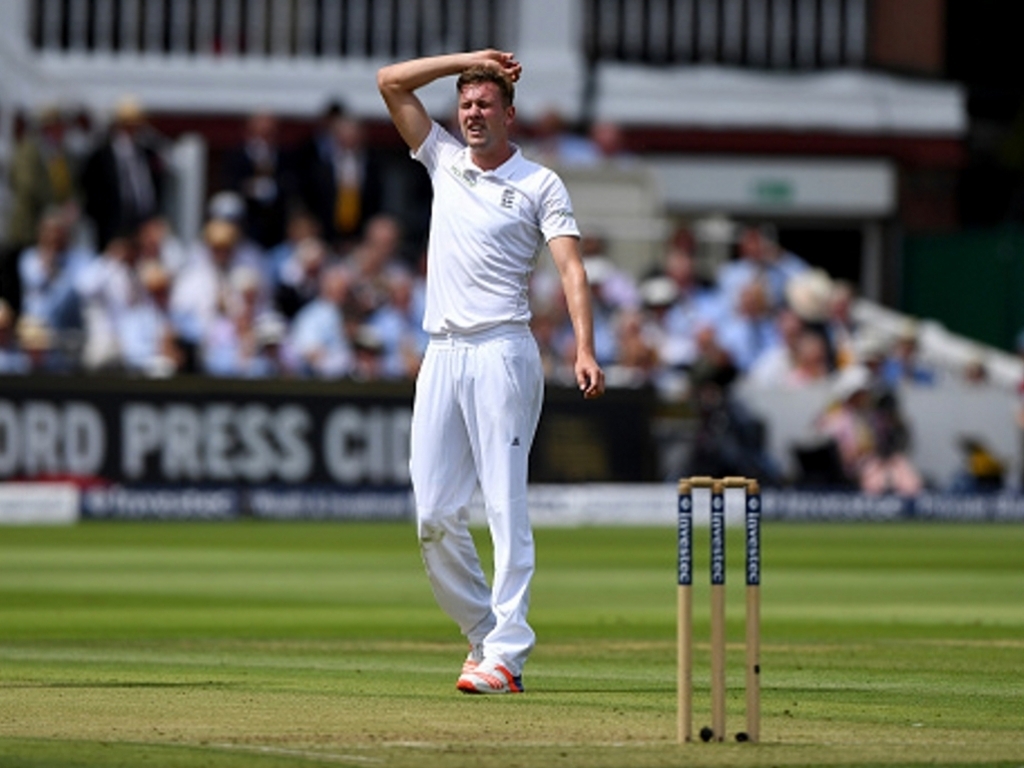 England quick Jake Ball has been ruled out of the first Test against South Africa having suffered a knee strain while turning out for Nottinghamshire in the County Championship.

The seamer felt a pain in his knee while bowling during the second innings of Nottinghamshire’s County Championship game against Kent on Tuesday.

He underwent a scan on Wednesday to assess the damage and was unable to take to the field when the third day of the day-night match resumed after a rain delay.

Ball is set to miss Nottinghamshire’s Royal London One Day Cup final against Surrey as well as the first Test against South Africa.

England have been hit hard by injuries to quick bowlers with Stuart Broad in doubt after injuring his heel and James Anderson on the mend after a lengthy lay-off.

Notts coach Peter Moores said of the injury blow: “Jake is naturally very, very disappointed to miss out on the final, having previously been made available to play by the ECB, particularly after missing out on selection when Notts beat Glamorgan at Lord’s in 2013.

“He’s given his all in this competition when he’s been available to us, and we’ll miss him for what will be a really tough game against Surrey.

“Jake is a very strong character and I’m sure he’ll bounce back from this. I know he’ll be wanting us to beat Surrey as much as anybody.”

The first Test against South Africa gets underway at Lord’s on July 6th.