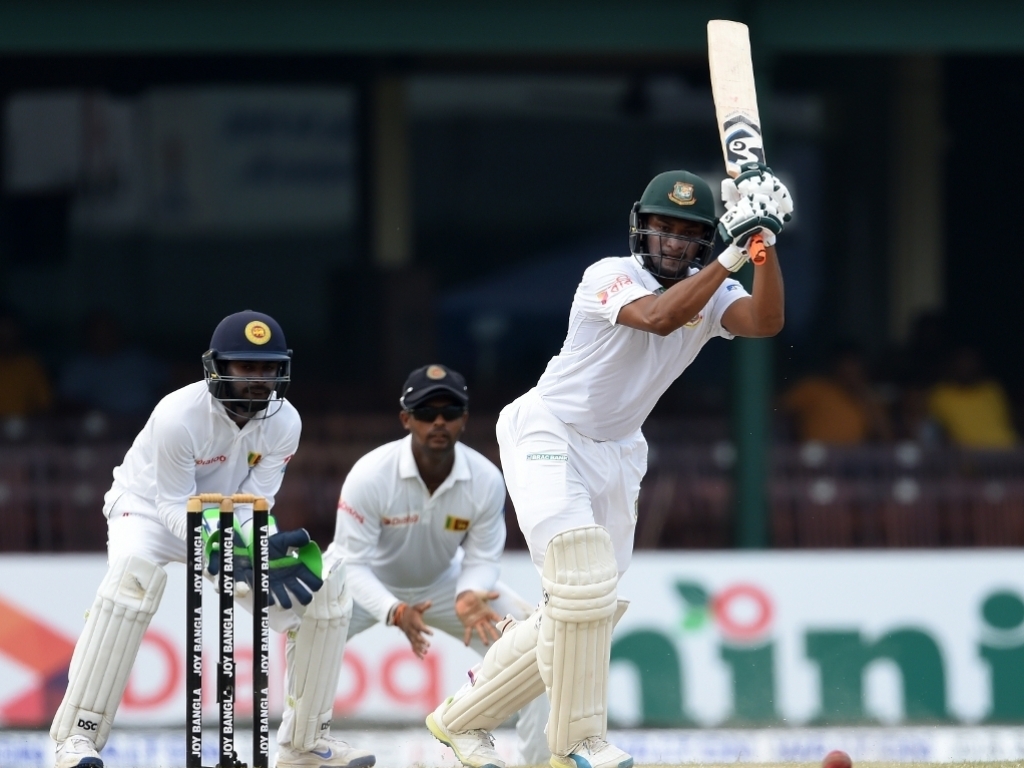 You would be forgiven for thinking that after their wobble at the end of day two that Bangladesh would tamely capitulate to allow Sri Lanka to take control of the second Test in Colombo but the Tigers had other ideas.

A century from allrounder Shakib-al-Hasan helped power Bangladesh to a 129 run first innings lead at the P Sara oval though and set up a fascinating final two days.

The 129 run first innings advantage is a new record for Bangladesh who are playing in their 100th Test with their previous best coming against Zimbabwe in 2013.

Shakib (116) was complimented by a timely half-century for skipper Mushfiqur Rahim (52) who would have been feeling the heat after the BCB President put him on notice ahead of the Test.

Debutant Mossadek Hossain played a fine knock of 75 after the skipper was bowled by Suranga Lakmal and put on 131 with Shakib to put Bangladesh on top.

Bangladesh will be happy that there were contributions all the way down the order with seven batsmen going past thirty for the first time ever for the Asian nation.

A useful 24 from Mehedi Hasan would help the Tigers add some bonus runs at the tail-end of their innings. Rangana Herath and Lakshan Sandakan took four wickets apiece with the latter going past 1000 first class wickets on day three.

Sri Lanka’s openers punched their way to 54 without loss by the close with both Upul Tharanga and Dimuth Karunaratne ending on 25 not out.

Bangladesh’s lead has been cu8t to just 75 but the pitch may start to deteriorate as this match heads into the final two days.