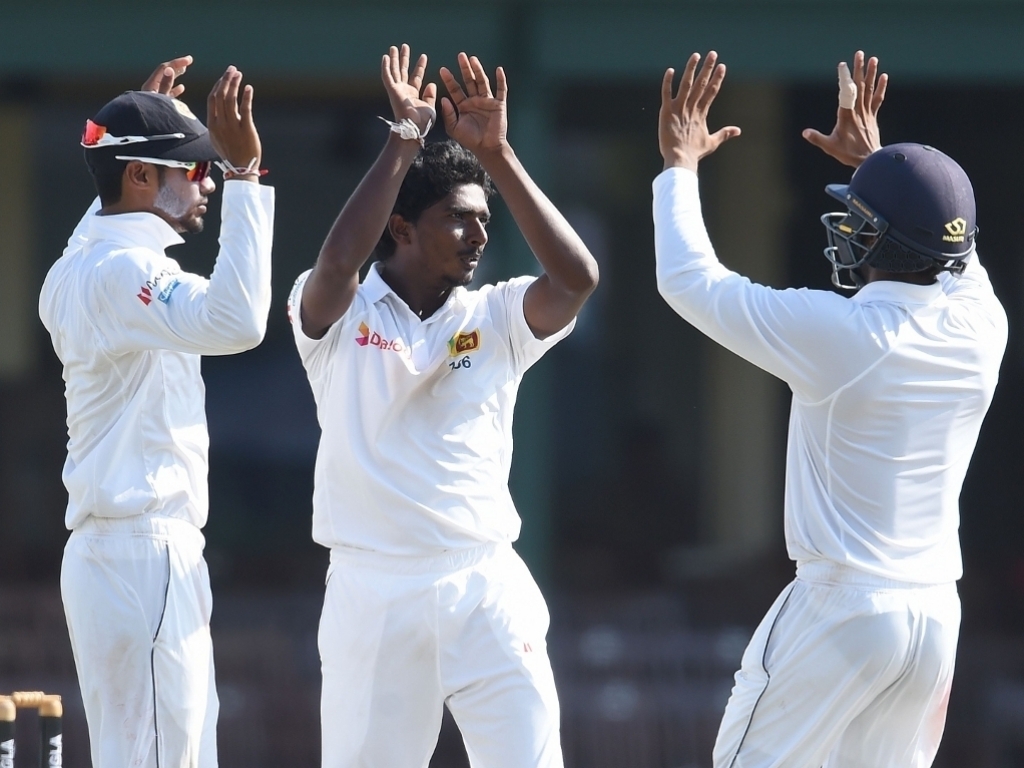 Having started their hundredth Test with a bang Bangladesh surrendered the initiative to Sri Lanka with a day’s play that will infuriate their long suffering fans.

Chandimal stroked his way to his eighth Test century to relieve the growing pressure on his position in the team and he found great support in the shape of Rangana Herath (25) and Suranga Lakmal (35).

Mehedi Hasan would end as the pick of the Tiger’s bowlers with his return of 3/90.

Bangladesh began their reply well as Tamim Iqbal (49) and Soumya Sarkar putting on 95 for the opening wicket before Tamim was adjudged to be leg before in review and Herath had the breakthrough.

Sarkar recorded his third consecutive Test fifty before being comprehensively castled by Lakshan Sandakan for 61 to leave Bangladesh 130/2.

Imrul Kayes and Sabbir Rahman were going well and they would add 62 before the chaos began.

With play winding towards the close Sandakan struck again trapping Kayes leg before for 34 and removing nightwatchman Taijul Islam with the very next ball for a first ball duck.

Sabbir would them glove a short ball to leg gully the following over to leave his team in all sorts of trouble at 195 for 5.

Bangladesh will take some solace from the fact that two of their most experienced batsmen are at the crease, a pair who recently struck an all-time national record partnership in New Zealand in the shape of skipper Mushfiqur Rahim (2*) and allrounder Shakib-al-Hasan (18*).

Sandakan returned figures of 3/65 with his wrist spin causing the Tigers serious problems.

Bangladesh still trail by 124 runs with five wickets in hand and three days left to play.