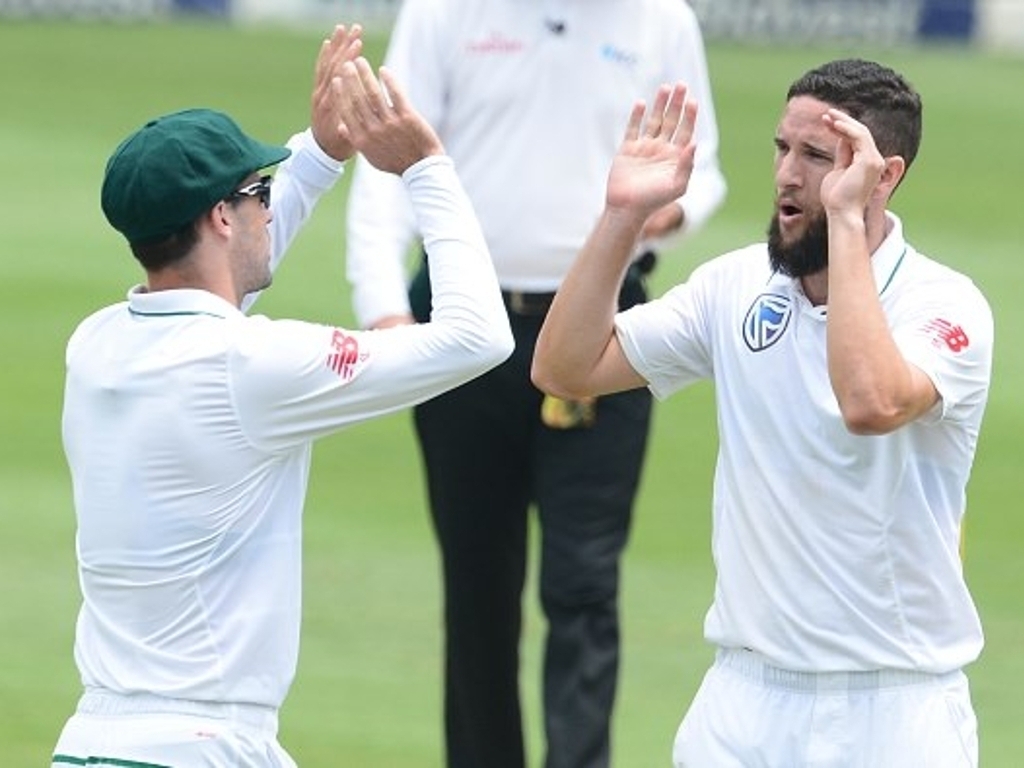 CSA coach at the High Performance Centre Vincent Barnes hopes Wayne Parnell can rediscover more pronounced swing consistently, but he is very impressed with the pace and control of the rejuvenated bowling all-rounder after he earned his international re-call in 2016.

Parnell, senior stalwart of the Cape Cobras, will represent Kent in the South African off-season.

“I have no doubt he will receive a call-up for the South African team for the ICC Champions Trophy and possibly also play test cricket.

“It is ideal that he represents Kent, because I feel, with Wayne, it affects him when he sits on the sidelines. When he represented the Cape Cobras for a full season, it made a massive difference,” said Barnes.

“To me, Wayne is a strike bowler who should open the bowling, operate at 142 km/h, hit the right areas and operate with good control,” he said.

Barnes says he hopes he rediscovers pronounced swing more consistently, but he has spoken to Parnell and the bowler is very happy about the current status quo.

“Wayne can use bounce very effectively not only as a dot ball, but as a way to remove batsmen,” he said.

Injuries have hampered Parnell in the past, affecting his landing position, while his absence from the playing field while sitting on the bench has adversely affected his form.

In his first full domestic season back in 2015/2016, Parnell produced three successive five-wicket hauls for the Cape Cobras in the last two Sunfoil Series matches of the season. It included a magnificent 7-51 at PPC Newlands against the Hollywoodbets Dolphins.

Barnes said the presence of the Cape Cobras’ fast bowler Vernon Philander for Sussex is an ideal move, as he will be in England where South Africa will play in 10 international games from May to August, including four tests.

Probed about the pace of Philander, which was a talking point in the final Test against New Zealand when the former South African captain, Kepler Wessels, was slightly concerned that Philander was operating at 125 km/h and not at an ideal speed of 130 km/h or faster, Barnes said he is not alarmed at all.

“Look, Vernon is a very clever bowler who assesses conditions fast on different tracks and knows what is needed to remove batsmen. Of course he can bowl in the 130’s, there is no doubt at all about that fact,” Barnes said.

Philander will be a vital cog in the South African attack. He nipped out 5-30 in the third test at Lord’s in 2012, a factor which swayed things in the Proteas’ favour decisively.

Barnes said Rory Kleinveldt, at the back-end of a very successful career, will obviously manage himself well while representing Northamptonshire. “I thought the Cape Cobras managed him well while he was playing in Cape Town and not expecting him to play in five consecutive four-day matches.

“He swings it, bowls in excellent areas and is a very experienced bowler. But he needs to look after his body well while in England,” he said.

Stiaan van Zyl, who struck three centuries while carving out 709 runs for the Cape Cobras last season, will play for Sussex as a Kolpak signing, and one of the questions on every Cobras’ fan’s lips will be whether he will score a 1000 runs in the county series.

Richard Levi will represent Northamptonshire. The burley opener struck 412 runs in the Momentum One Day Cup series, but the big focus this season will be on the first-class knocks.

Levi averaged 46.50 for Western Province in the previous season in the Sunfoil Three-Day Cup. It included a sensational 144 off 184 balls with sixteen fours and five sixes.

If Levi can continue the prolific form he demonstrated in white-ball cricket in the first-class season in Engand, it will offer the Cape Cobras’ selectors more options at the top of the order in the Sunfoil Series.

The left-arm spinner George Linde will play club cricket for Biddestone Cricket Club in Chippenham, England, in the off-season.

The seam bowler Tshepo Moreki is destined to have surgery on a troublesome foot injury. The talented seam bowler will return to the fray later in the off-season.

The Cape Cobras’ players Aviwe Mgijima, Dane Piedt, Linde, Jason Smith and Kyle Simmonds will attend a spin camp in Mumbai  in India. Shukri Conrad and Robin Peterson will be part of the South African management team that will take the players through their paces from 30th April to 7th May in India.

Also in action in England this winter will be Dean Elgar (Somerset), Stephen Cook (Durham) and Imran Tahir (Derbyshire).