Bess and Buttler rally England but Pakistan remain on top 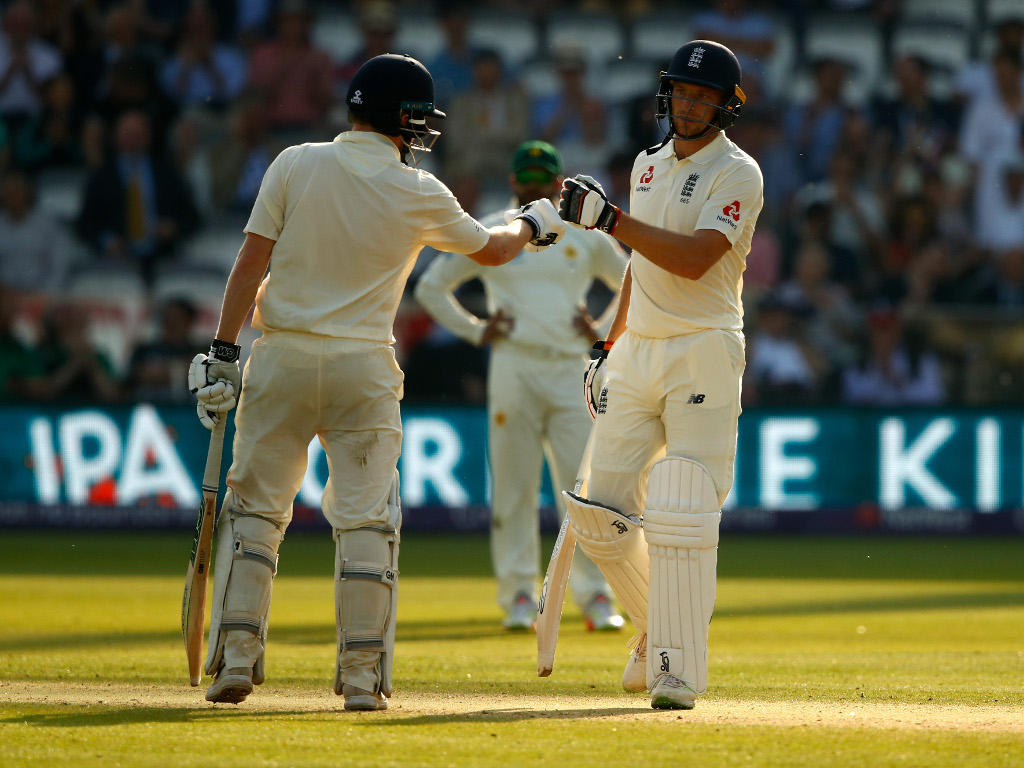 Jos Buttler and Dom Bess would bat through the third session for England against Pakistan on day three of the first Test at Lord’s to avoid an innings defeat and give the home side faint hope of victory.

The pair came together shortly before tea at the fall of Joe Root’s wicket with England 110 for 6 still needing 69 runs to make Pakistan bat again.

Root had earlier put in a manful if doomed effort of holding the England top order together with a well constructed 68 in the face of some excellent bowling from Pakistan.

Pakistan's session again. This was a 10/10 delivery.

Apart from Root’s 68 only Dawid Malan (12) would get into double figures as the trio of Mohammad Abbas, Mohammad Amir and Shadab Khan each picked up two wickets in the first two sessions.

The lead was initially taken by Buttler enjoying his return to Test cricket by notching a fifty but Bess grew into his innings and his strikerate would soon match his partners and he would bring up his maiden Test half century.

England lead by 56 runs with four wickets in hand and will hope the pair of Buttler and Bess will be able to add more runs on the fourth morning.