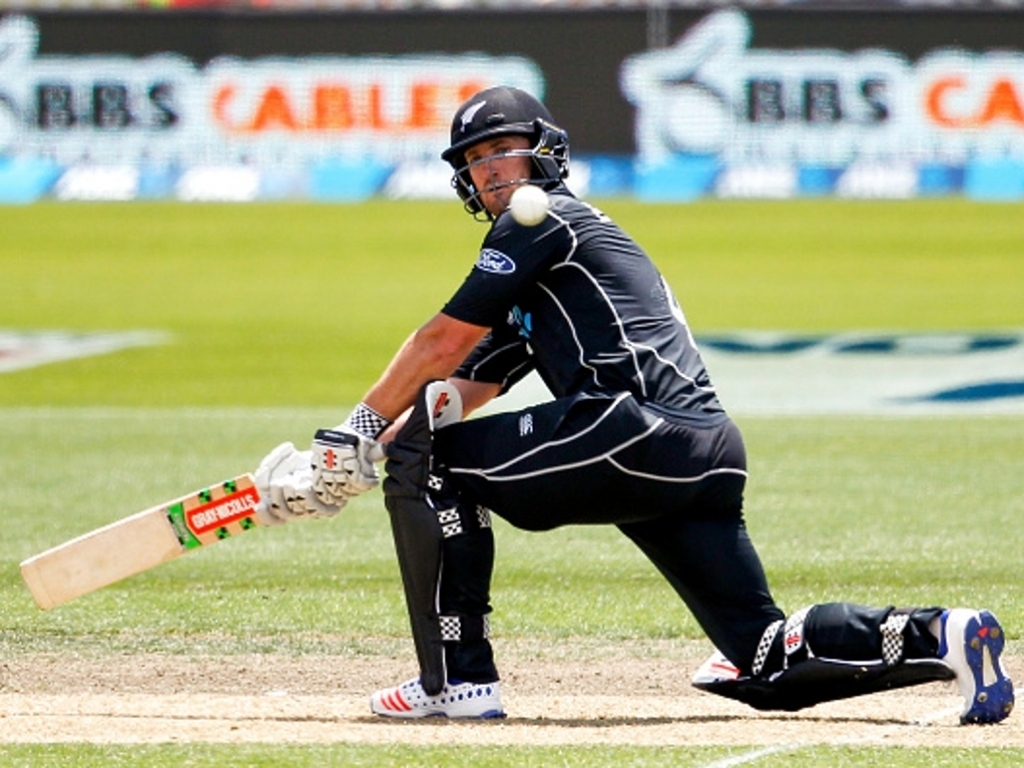 New Zealand won the third ODI against Bangladesh by eight wickets with 52 balls to spare at the Saxton Oval in Nelson to complete a whitewash over their visitors.

The Black Caps easily surpassed the target of 237 with Kane Williamson and Neil Broom both getting into the nineties during the chase.

Bangladesh once again struggled to string partnerships together in their innings which saw a number of batsman get in only to perish.

Tamim Iqbal and Imrul Kayes got Bangladesh off to a good start putting on 102 for the opening wicket but the rest of the top order misfired.

Kayes was the first to go caught by Broom off the bowling of Mitchell Santner for 44 and Bangladesh began to wobble.

A fighting 44 from Nurul Hasan helped Bangladesh get towards a competitive score with Santner ending as the pick of the bowlers with figures of 2 for 38 from his ten overs.

New Zealand lost Tom Latham early as he was trapped leg before by Mustafizur Rahman and shortly afterwards Martin Guptill was forced to retire hurt after he pulled up while running between the wickets.

Broom and Williamson would then share a 179 runs partnership with the former the chief aggressor scoring his 97 off 137 balls before Mustafizur had him caught just three runs short of a second consecutive ODI century.

Williamson (95 not out) and Jimmy Neesham (28 not out) would get New Zealand over the line to complete the whitewash.