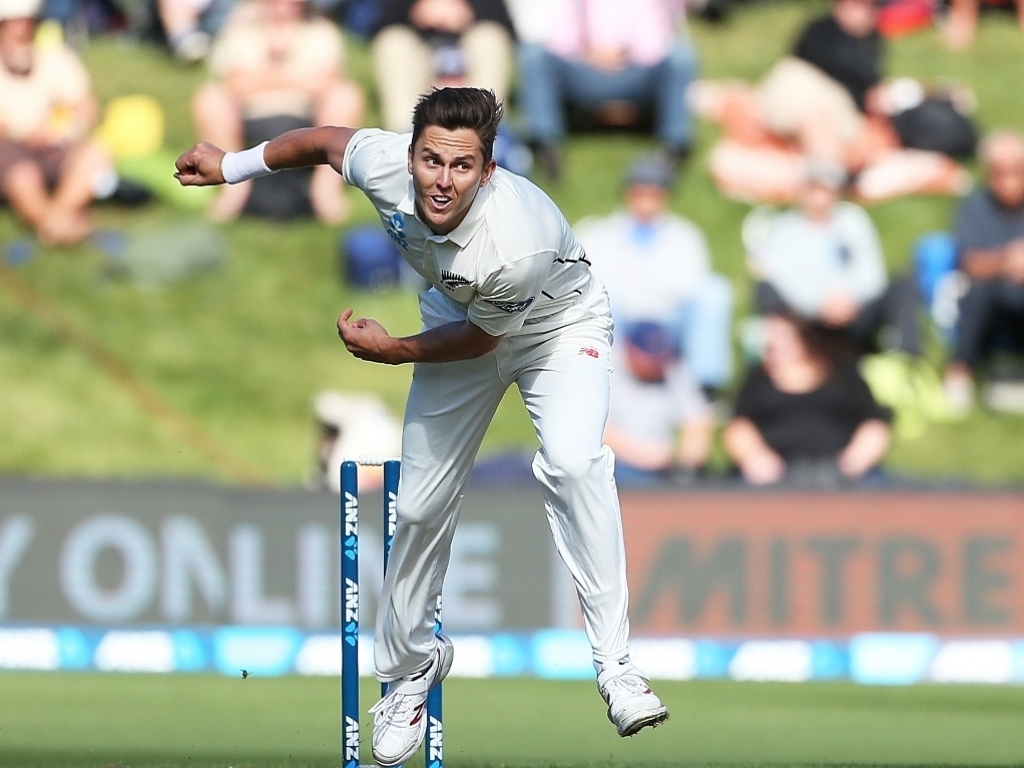 Black Caps fast bowler Trent Boult was pleased with the effort put in by the team’s bowlers in restricting the Proteas to a first innings score of 308.

The Black Caps controlled the scoring rate of the Proteas well keeping things tight and bowling 39 maidens in an innings that lasted 122.4 overs.

Boult said after day two of the first Test against South Africa: “We were just looking to grip the ball and ask tough questions and not let them get too far ahead.

“Everyone applied pressure in different stages, so it was easy for Kane to move between bowlers and not let that foot up. Stepping up maidens and dot balls was a big part of our plan, but there’s still a lot of work to be done.”

New Zealand reached 177/3 by the close of play with Kane Williamson leading the way with an unbeaten 78 but of concern to the Black Caps will be the injury to Ross Taylor.

Taylor retired hurt pulling up after completing a single off Morne Morkel in the 43rd over of New Zealand’s innings.

It is rumoured that Taylor has torn his calf muscle and may be unable to bat again in this match which would be a massive blow to the Black Caps.

Boult conceded that the injury doesn’t look good, he said: “It’s a shame for us. He is a big player.

“He is obviously disappointed. The way he walked off, it doesn’t look too good. We will see tomorrow.”

Runners are no longer permitted in international cricket and should his movement be seriously impaired it is unlikely that he will bat again.

Taylor is second on New Zealand’s all-time century-makers list on 16 one behind the late great Martin Crowe and one ahead of skipper Williamson who is just 22 runs away from drawing level with the man who turned 33 this week.