Boult ruled out of second Test 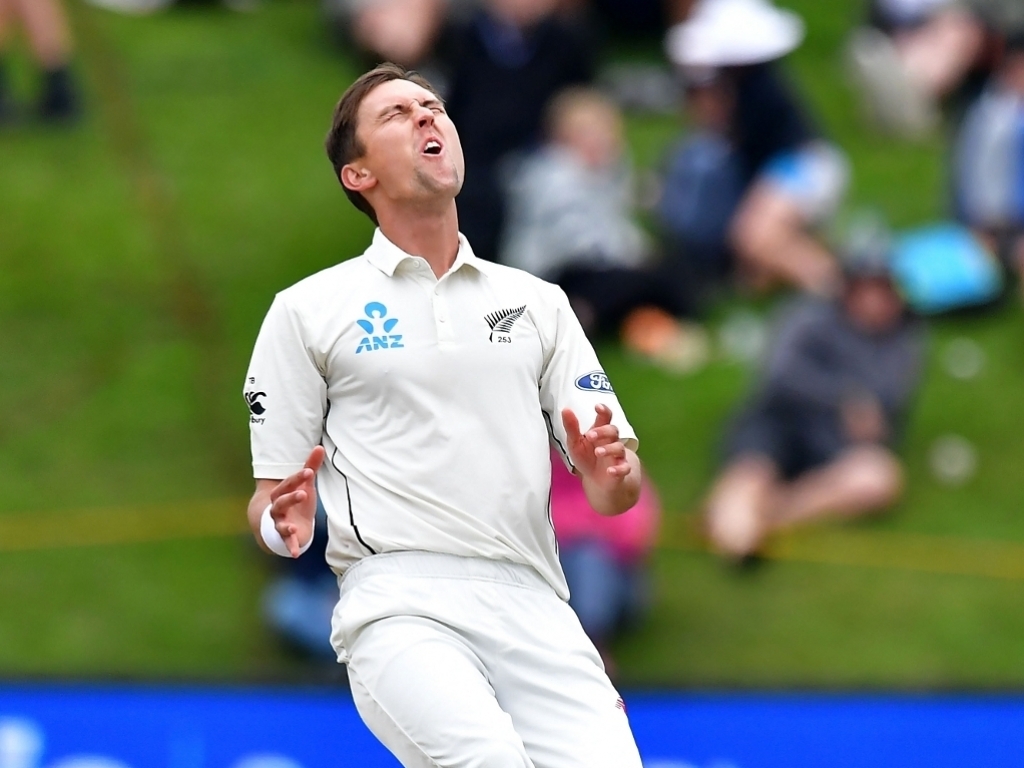 Black Caps fast bowler Trent Boult has been ruled out of the critical second Test against South Africa at the Basin Reserve in Wellington after sustaining an injury in Dunedin.

Boult becomes the second senior member of the New Zealand XI to suffer an injury blow after Ross Taylor tore his calf muscle in the Black Caps first innings at the University Oval.

The injury throws up a selection conundrum for New Zealand. While Tim Southee will return to take Boult’s place it seems unlikely that the Black Caps will play two spinners on what appears to be a green top in Wellington.

It appears that Mitchell Santner will make way either for seam-bowling allrounder Colin de Grandhomme or specialist quick Matt Henry who has been called into the squad.

Southee said of the injury to his usual pace bowling partner: “Injuries are part and parcel of cricket.

“He has had a big workload with five one-dayers and a big four days in the Test match in Dunedin. Trent being one of the fittest guys in the side does everything he possibly can to keep himself fit, so it’s unfortunate that it has come but I am sure he will be right come Hamilton.”

Southee admitted that the XI was far from settled: “There’s still a couple of question marks over a couple of players.”

Opposing skipper Faf du Plessis was drawn to comment on the New Zealand team and believes that the Black Caps will axe one of their spinners in favour of a seam bowler while they will feel the loss of Boult acutely.

Du Plessis said: “He’s a fantastic bowler and a huge loss for them. But anyone who plays international cricket is dangerous so I assume someone like Matt Henry [will come in] and Tim Southee didn’t play the previous game is a high quality bowler. They’ve still got enough resources. This wicket won’t take as much spin as the last one so I’m expecting they’ll play one spinner.”

The second Test gets underway at the Basin Reserve on March 16.