Brathwaite ton puts Windies in charge on day one 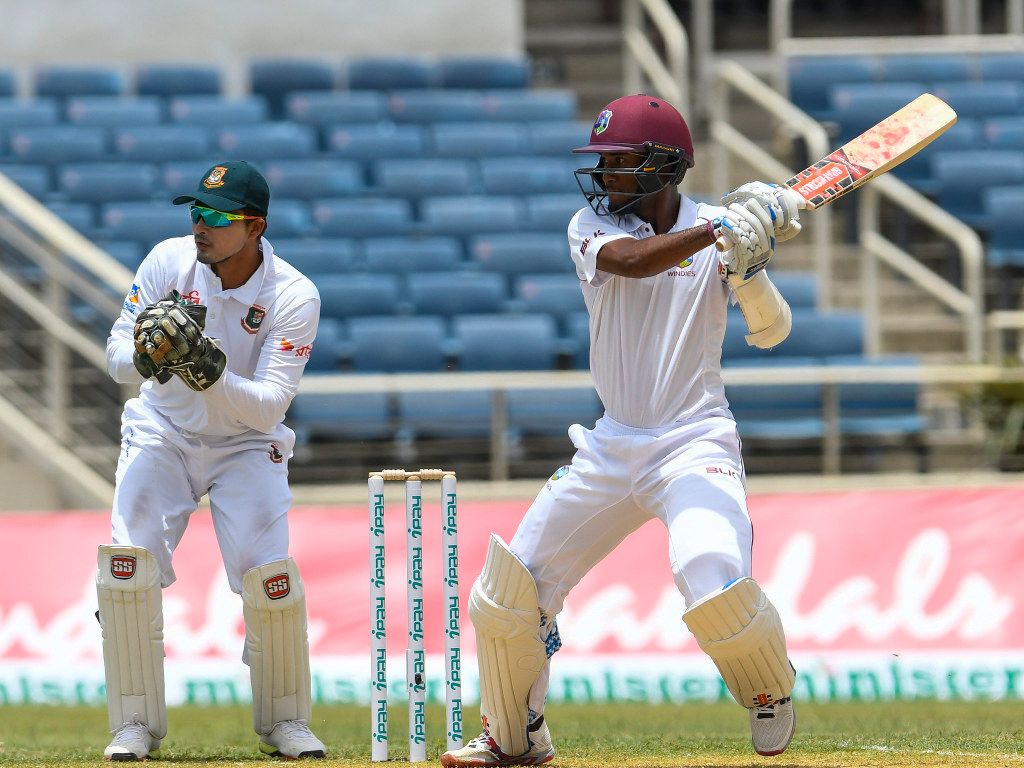 A second Test hundred in as many innings from Kraigg Brathwaite put the West Indies on top on day one of their second Test against Bangladesh in Jamaica.

Bangladesh had won the toss and put the West Indies in to bat with Keemo Paul coming in to make his Test debut for the home side.

Brathwaite was steady from the outset once again but Bangladesh put the West Indies under pressure by bringing Mehedi Hasan into the attack early.

The spinner sent Devon Smith (2) packing early when the opening batsman mistimed his flick to leg to be caught by a back peddling short leg. 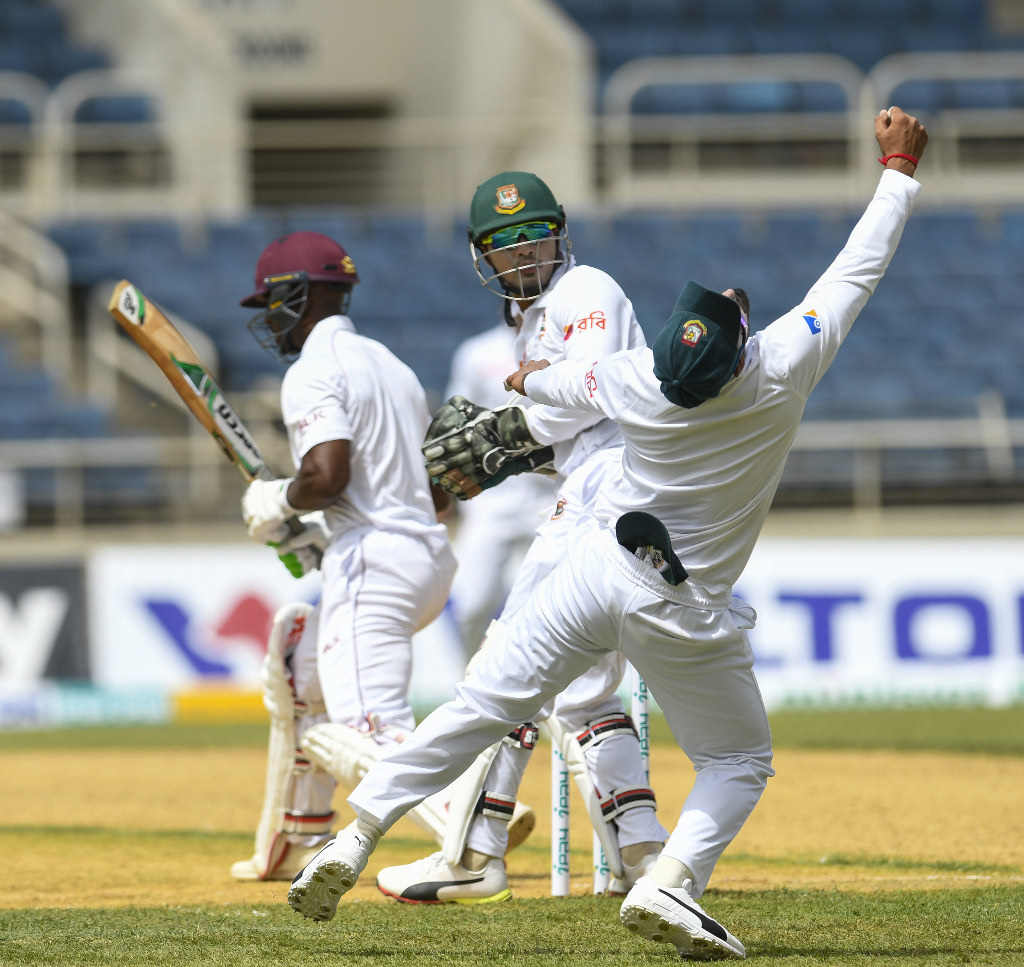 Mehedi then halted the fifty run second wicket stand between Brathwaite and Kieran Powell (29) shortly before lunch to keep the West Indies honest at 59 for 2.

79 runs were added between Shai Hope and the steadfast opener before sharp work from Nurul Hasan behind the sticks accounted for Hope (29) off the bowling of Taijul Islam.

That brought Brathwaite and Hetmyer together for a 109 run partnership that won the West Indies the opening day.

Brathwaite (110) reached his eighth Test century in the final session of the day while Hetmyer would also past fifty on his return to the XI.

Mehedi (3/90) bagged his third scalp of the day as Brathwaite holed out looking for a big shot late in the day.

Hetmyer (84*) and Roston Chase (16) added 48 runs in a unbroken stand that took the West Indies to 295 for 4 at stumps on day one of the second Test against Bangladesh.