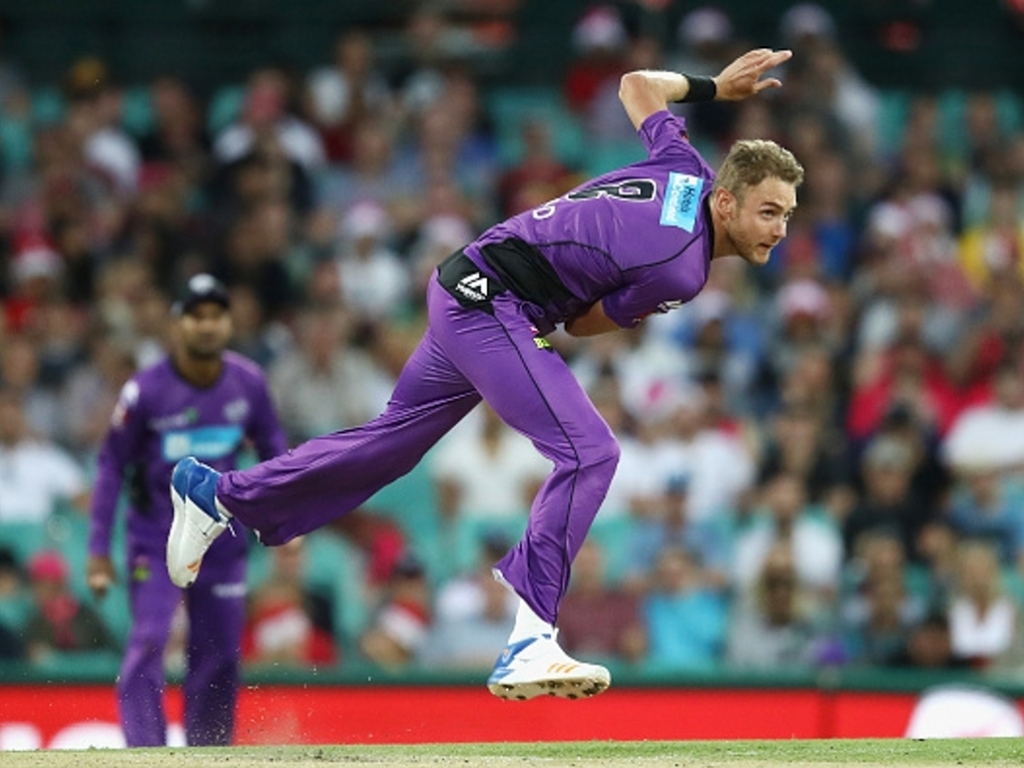 England skipper Eoin Morgan has intimated that Stuart Broad is in with a shout of making the squad for the ICC Champions Trophy later this year.

Morgan’s ODI team have done well in India despite suffering two narrow losses in the first two ODIs but the bowling unit was guilty of letting the hosts of the hook in Cuttack.

Broad has impressed with the white ball in the Big Bash League T20 tournament in Australia and could provide England with valuable experience in a tournament they will be desperate to win on home soil.

Morgan said after the second ODI: “Stuart’s always in our thoughts.

“He hasn’t played since the South Africa tour last year but I thought he charged in at the Big Bash.

“I’ve watched all his games and he’s working on his variations. It’s very difficult for him to go straight from Test cricket to playing in the Big Bash but he’s made a fist of it, so credit to him.

“He wants to play more white-ball cricket, and he certainly could be an option for the future.”

England reduced India to 25 for 3 but would allow them to post a massive 381 thanks to centuries from veterans MS Dhoni and Yuvraj Singh with Morgan pointing the finger at the bowlers for the defeat.

“When you don’t execute your plans you’re back-tracking a bit and chasing your tail.”

Morgan took no solace from scoring a hundred in England’s failed chase: “When you lose there’s absolutely no satisfaction at all.

“You’re captain, you’re a professional cricketer and you’re playing for your country. You want to perform, you have to perform, people want you to do it all the time. It’s never going to happen.”