Home Top Story Broad to rest until the Ashes

Broad to rest until the Ashes 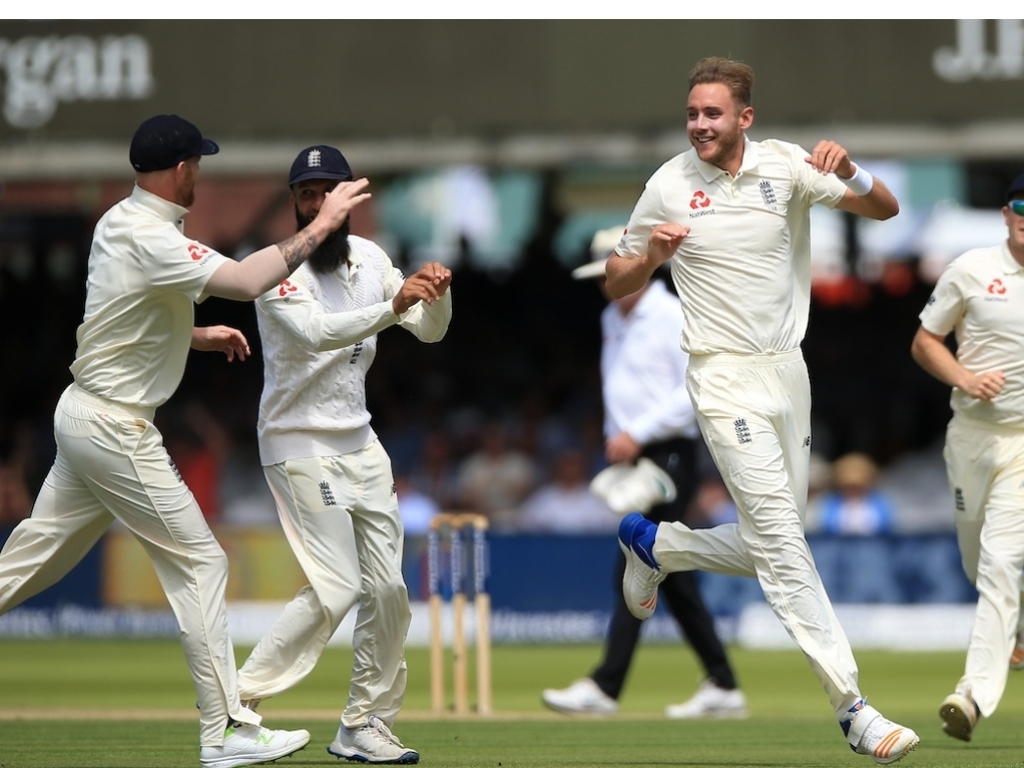 England quick Stuart Broad will play no cricket until England arrive in Australia for the Ashes series later this year.

The rest period has been prescribed to allow Broad’s to recover from a persistent heel injury.

The injury flared up after he slipped on some stairs at Lord’s during the final Test against the West Indies.

The Nottinghamshire fast bowler suffered a lacerated fat pad injury on the 2012/13 tour to India and has had to manage his fitness since.

Both of England’s opening bowlers will sit out the remainder of the domestic season in a bid to ensure their fitness for the Ashes with James Anderson already ruled out of the remainder of Lancashire’s season.

Broad said of the injury: “It was ridiculous, I was just walking out with my spikes on and my back spike just slipped down a stair and I fell down it.

“I said to Jimmy Anderson, ‘I think I’ve hurt my ankle there’. Then it throbbed throughout the afternoon. There are no worries. If there was a Test next week I’d be fit to play.”

Broad missed a County Championship match earlier this season with a heel injury prompting fears he may miss the series against South Africa but he would return in time to play a big role in England’s home Test summer.