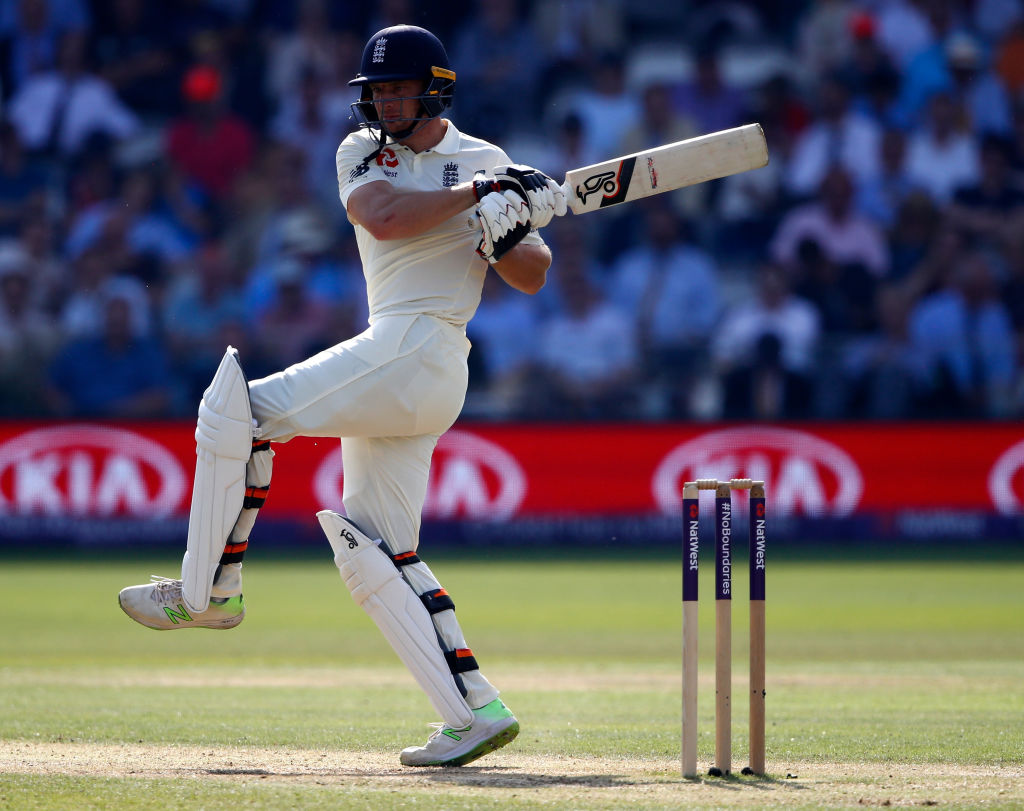 Jos Buttler was pleased that his counterattacking fifty helped England stave off an innings defeat and give the team some hope of earning a positive result against Pakistan.

Buttler would bat for the entire third session with Dom Bess whom he would compare to skipper Joe Root, the only member of England’s top six to pass fifty.

The pair added 125 runs in an unbroken seventh wicket stand that leaves England 56 runs ahead with four wickets in hand heading in to day four.

Speaking to Sky Sports Buttler said: “We wanted to scrap hard and try and get ourselves back in the game.

“With Dom Bess, it was like Joe Root walked back out, with his back foot punches and cover drives. He’s got a great character and he really showed that.

“I just wanted to be busy, They’ve bowled well all Test match and my mentality was to get off strike and get ones and twos where I could.”

England will hope to add at least another 100 runs to their total and put pressure on Pakistan team who have struggled in the fourth innings in recent times.

However former England skipper Michael Vaughan feels England need a miracle to get anything out of the contest saying on BBC TMS: “England always seem to find themselves 100-5 and that’s always a concern for the Test team. Stoneman went back to a ball he should have been forward to.

“I look at the top order, in white ball cricket they all know their roles. The Test top order I don’t see any partnerships I look at with any confidence.

“Bess and Buttler timed the ball nicely and ran hard, I haven’t seen that from the top order in a long time. If they get out out of this with anything it will be a miracle.”