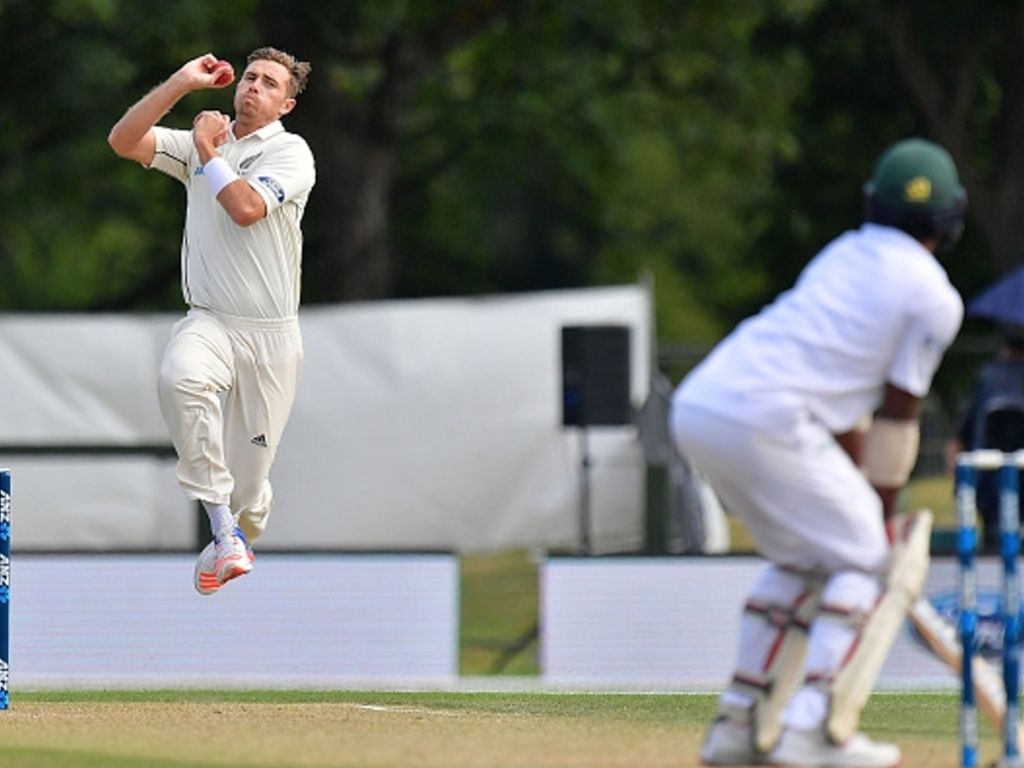 With New Zealand resuming day four trailing Bangladesh by 29 runs at 260-7, the first hour of play was always going to be a pivotal period in the match and it went the way of the hosts.

Henry Nicholls (56* overnight) continued on his merry way from day two and found valuable allies in Tim Southee (17) and Neil Wagner (26) with partnerships of 30 and 57 helping get the Black Caps past Bangladesh’s 289  run total and a handsome first innings lead of 65.

In front of his friends and family on his home ground, Nicholls did everything asked of him to put the Black Caps on top, but unfortunately he came up two runs short of his own milestone in a maiden Test century.

The left handed number five struck 12 boundaries in a classy knock which was unfortunately ended with a drag on to spinner Mehedi Hasan on 98. A deflating moment for Hagley Oval but a valuable contribution from a young man starting out his Test career.

An awkward 10 overs were to be faced by Bangladesh before lunch and they would cost the wicket of captain Tamim Iqbal. The left hander capping off a disappointing series by hooking a Tim Southee bouncer into the hands of a diving Mitchell Santner on the deep sure leg boundary. Classy catch from a proper athlete.

A determined Black Caps bowling unit applied the pressure to Bangladesh after lunch. The four pace bowlers all picked up a wicket in the second session as the visitors batsmen came unstuck. Some good bowling and some questionable shot making saw the visitors limp to tea at 100-5, leading by just 35 runs.

It was more of the same after the tea break as the Black Caps bowlers got their tales up.

Neil Wagner struck second ball into the session to send keeper Nurul Hasan on his way for a duck, the second straight duck at the hands of Wagner in the innings.

Trent Boult then speared a nasty ball in at Mehedi Hasan who poked it to Latham in close to resign Bangladesh to their fate at 115-8, having lost their last seven wickets for just 57 runs.

A brave ninth wicket stand between Kamrul Islam Rabbi and Taskin Ahmed (33) delayed the inevitable as they added 51 in the penultimate partnership.

Kamrul ended unbeaten on 33 as Bangladesh lost their last wicket, that of Rubel Hossain (7) and were bowled out for 173 to set New Zealand a target of 109 for victory.

New Zealand lost only Jeet Raval (33) as they blasted their way past the target with Tom Latham (41 not out) and Colin de Grandhomme (33 not out) doing the business to gibe New Zealand a nine wicket victory and allow them to sweep the Test series 2-0.

Tim Southee was awarded the man of the match award for his eight wickets.