‘A huge win for Scotland’ 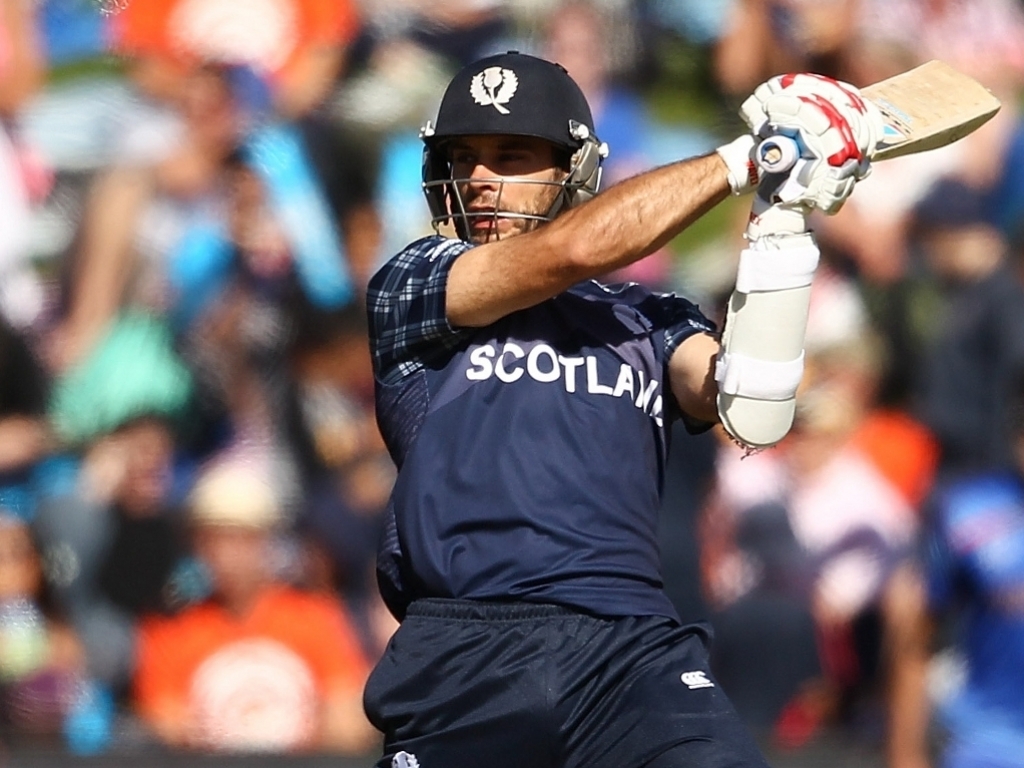 Having waited since 2004 for a fifty-over victory against a Full Member nation it is perhaps appropriate in a country renowned for queueing for buses that two should arrive at once.

After victory over a full-strength Sri Lanka in May Scotland showed just how far they have progressed in recent months by beating Zimbabwe, too, in a victory which gave Grant Bradburn’s side a first win in an official ODI over Test-playing opposition.

Kyle Coetzer again proved to be the difference as his 88-ball 109 propelled the Scots to a score of 317-6, only one short of their highest ever total against a Full Member.

Despite responding with some big hitting of their own Zimbabwe never properly recovered once they had fallen behind on Duckworth-Lewis.

REPORT: Scotland down Zimbabwe at the Grange

The Scotland captain was delighted as he took in the significance of the win.

“Obviously things got a little bit tense [towards the end] but I had full confidence in the guys and I’m absolutely over the moon for everyone in the Scotland set-up to notch that win,” he said.

“It’s huge for Scottish cricket, to beat two Test match nations in the space of a month is just fantastic,” he added.

“Looking at the season ahead we knew we had these games coming up and that they were big games in our year. Obviously the games against Namibia were massive too in terms of the World Cricket League but in terms of playing big teams this is huge and I’m absolutely chuffed for the guys.”

Although regular wickets kept Zimbabwe’s chase on the back foot the visitors continued to threaten as number seven Malcolm Waller played a fine innings to give Scotland some anxious moments.

“Full credit to Waller, he hit the ball very cleanly,” said Coetzer. “We missed our skills a bit, didn’t quite hit the yorkers and the areas we wanted to hit just towards the end there and he got away.

“Hitting the ball as well as he does is always going to put [the bowling side] under pressure but fortunately we’d done a lot of good work prior to that which gave us a big lead going into the back end of the game.”

Con de Lange’s 5-60 was also pivotal as he continued his happy knack of picking up important wickets at crucial stages. The slow left-armer’s experience, too, proved crucial in a frantic finish in which Waller was finding the boundary seemingly at will.

“It is hard as a bowler to keep your lengths and your discipline, you just have to say at the top of your mark, right, this is what I want to bowl, and then go for it 100%.

“It was nerve-wracking but very enjoyable because that’s what we train for,” he added. “I thought our guys batted really well, they absorbed the pressure at the beginning and then expressed themselves.

“As a bowler it makes it easier when a team is chasing three hundred.”

And so to the second match. Scotland’s win over Sri Lanka had been followed by a disappointing performance next time out and after such a good win here Coetzer is determined that his side maintains intensity as they go into the follow-up ODI this weekend.

“We’ve been notorious for not really turning up the second time round,” Coetzer admitted.

“Making sure that we put in another solid performance will be our big target for Saturday.”