Chandimal: Rangana is a team man 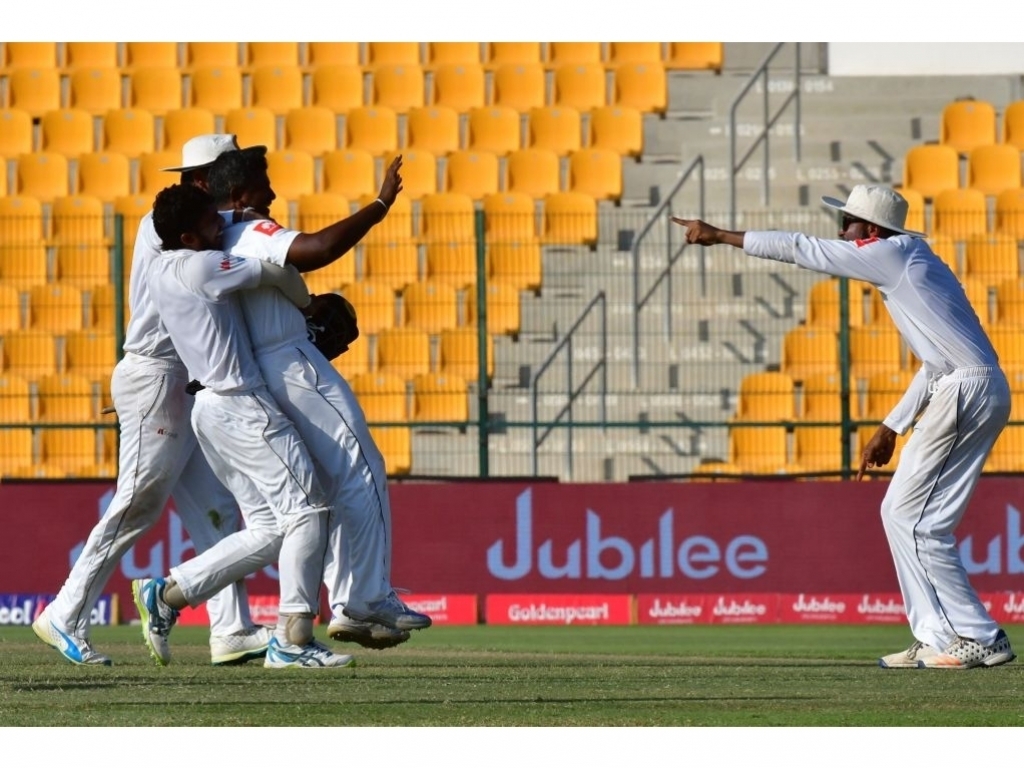 Tasked with defending just 136 Sri Lanka bowled Pakistan out for just 114 on a thrilling final day in Abu Dhabi.

The defeat was the first Pakistan have suffered at the venue in the UAE which has served as the nation’s home base for the last few years.

Sri Lanka wee lucky to have as much as 136 to bowl at with Niroshan Dickwella rallying the tail around him and giving his country some hope with an unbeaten 40.

The skipper was pleased with the effort and coming up with a win which he sees as reward for a lot of hard work.

Chandimal said after the win on Monday: “The guys gave hard work before the match started, and finally that hard work paid off.

“As a team, we were below par in our performances [against India], but we have waited for this win and finally we got it. Credit goes to all the players.

“They played some really good cricket and I’m sure this can continue throughout the series. We did more work on our fitness and fielding, and discipline. Everyone put their heart and soul into the practices, and the management put lots of hard work in.”

Chandimal gave credit to Dickwella for carrying his team through a difficult period.

He would add: “It was a tough time, especially last evening.

“[Niroshan] Dickwella was outstanding in the second innings to get us to the 140 mark. We all knew the legend Rangana would come into play, and finally he did his best.”

The skipper hopes that star spinner Herath, who celebrates his fortieth birthday next March, will still be available for the team for some time to come.

He said: “I just want him throughout my career.

“I have no idea how long he is going to play, but I am sure he will do what he can for the team. Rangana is a team man. He is supportive to me and the players, with what he has learnt from cricket. Every young player goes to talk to him about his bowling and experiences.”