Home Top Story Chase moves up after century in Dominica

Chase moves up after century in Dominica 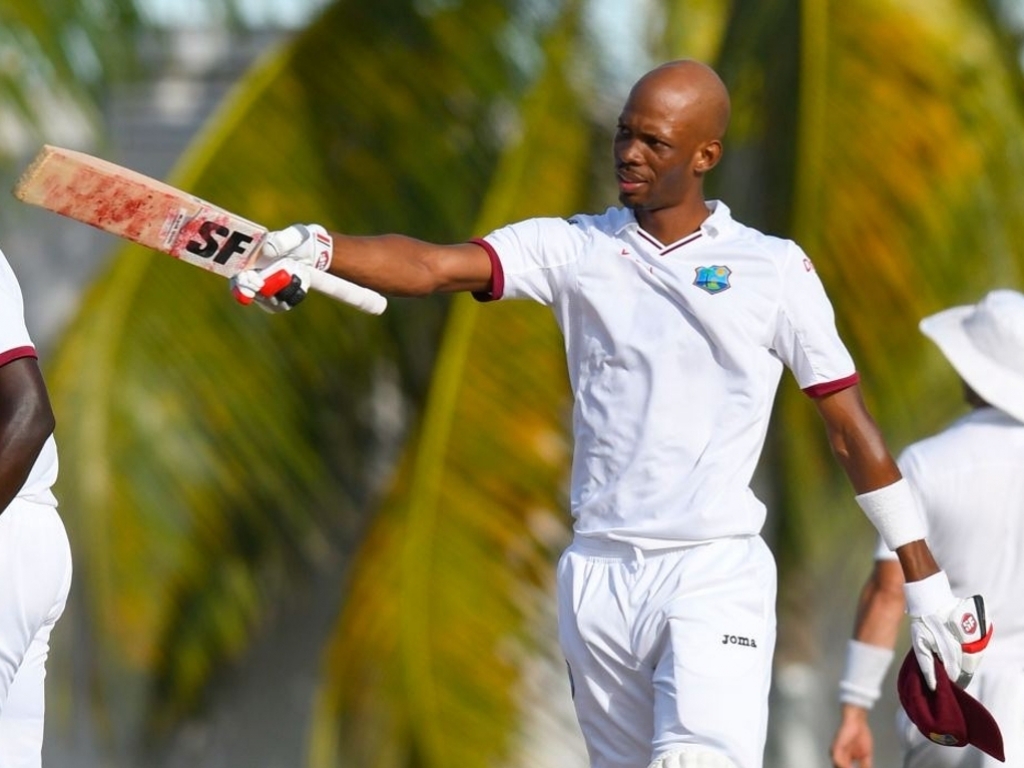 Pakistan opener Azhar Ali and West Indies all-rounder Roston Chase have moved up the ICC Player Rankings for Test Batsmen after notching impressive centuries in the third Test in Dominica.

The match was won by Pakistan by 101 runs on Sunday to clinch the series 2-1.

Azhar who had a career-best ranking of sixth in December last year has moved up one slot to seventh position after scores of 127 and three.

Chase has moved up 21 places to a career-best 28th rank after innings of 69 and 101 not out, which were not enough to prevent Pakistan from completing its first ever Test series win in the West Indies.

In the ICC Player Rankings for Test Bowlers, West Indies leg-spinner Devendra Bishoo has moved up three slots to a career-best 26th position with two wickets in each innings even as his Pakistan counterpart Yasir Shah’s eight wickets in the match have helped him retain 13th position.

Pakistan pace bowler Mohammad Abbas continued his quick rise, gaining 17 slots to reach a career-best 44th position after six wickets in his third Test match, including five for 46 in the first innings.

ALSO READ: Misbah ‘satisfied’ with what he has achieved

His 23-year-old team-mate Hasan Ali has entered the rankings in 96th position after grabbing three wickets in his debut Test.

For the West Indies, Holder (up two positions to 38th rank), Alzari Joseph (up nine positions to 63rd rank) and Chase (up 10 places to 76th rank) have all attained career-best rankings.

There was no change of positions in the ICC Test Team Rankings with Pakistan remaining on fifth position and 97 points and eighth-placed West Indies gaining one point to move to 70 points.

ICC Test Team Rankings (as on 15 May, after the West Indies-Pakistan series)