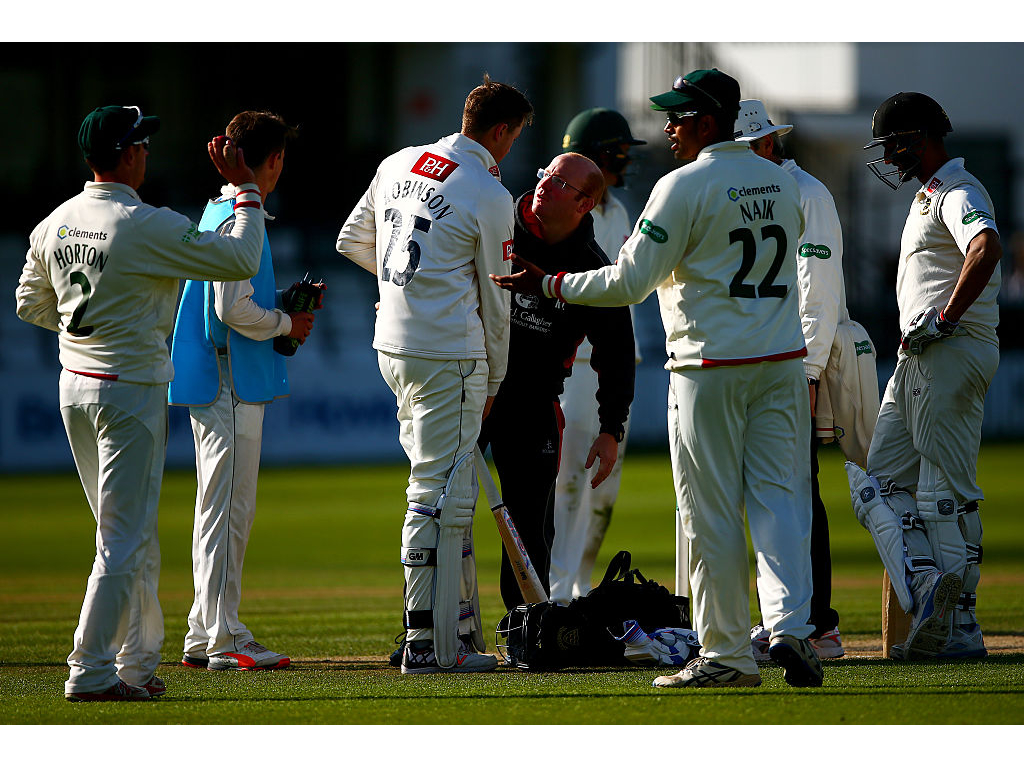 Concussion substitutes will be available for the first time in English county cricket during the 2018 season.

The new rule will allow teams to replace a player who has concussion or a suspected concussion.

The substitute will be able to bat and bowl in the match, but the new player must be deemed a “like for like” replacement by match officials.

The new rule will be applied to the County Championship, One-Day Cup and T20 Blast as well as the Women’s Super League.

England and Wales Cricket Board’s chief medical officer Dr Nick Peirce said: “This is a change made in the interests of player safety and health.

“While concussion is not as common in cricket as in contact sports such as rugby, our research has shown an average of around 15-20 incidents in first and second team cricket during each of the last few seasons.”

Any player who has been struck on the head will undergo a five-minute on-field assessment and, if there are concerns, will leave the pitch and the cricket liaison officer will then make a decision on a replacement.

The ECB understands that the concept of what constitutes a like for like replacement will be open to interpretation and could potentially cause conflict.

The Marlybone Cricket Club have added an allowance for concussion substitutes to the laws of the game.