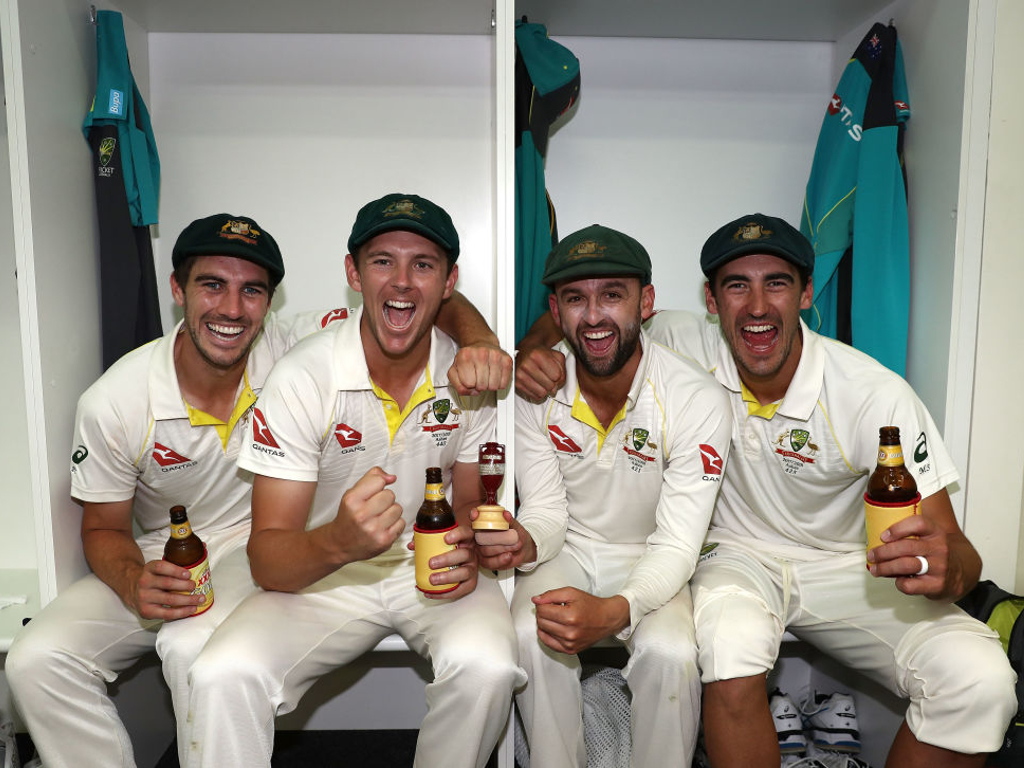 Australia may be suffering from an Ashes hangover but we feel they will still be a force at the 2019 World Cup.

Nathan Lyon will lead the Prime Ministers XI against England in February keeping alive his dreams of breaking back into the ODI team.

What better time to look at the rise of the man they call the GOAT.

Mitchell Starc thinks Australia can get back into the ODI series against England.

Angelo Mathews has been ruled out of the tri-series in Bangladesh.

Zimbabwe quick Brian Vitori has been cleared to return to bowling after completing remedial work on his action.

And we wrap up the latest from the MODC and the Under-19 World Cup.

Will Smith visited a Big Bash League match and no we don’t know why but assume it was for some sort of shameless punt rather than a genuine desire to take in the epic clash that was the Sydney Thunder and the Melbourne Stars.

Usman Khawaja made the most of the opportunity and flawlessly executed the Jazzy Jeff handshake.

“When I saw him…I had to ask if I could do the Jazzy Jeff handshake” – @Uz_Khawaja on meeting Will Smith #BBL07 pic.twitter.com/Msh4pzHYQD

Thunder star @Uz_Khawaja was pretty pumped to get the chance to meet Will Smith at the MCG today! #BBL07 pic.twitter.com/RAHTVjnWSD

Mark Waugh then delivered a joke that was both spectacularly unfunny and also unsuitable for a sport’s broadcast.

“I loved him in The Nutty Professor”
“That was Eddie Murphy…”
“There’s not much difference, is there?” — Mark Waugh.

Was that attempted humour? Or is he an idiot? Or was it just a little bit of casual racism to kick off the telecast?

(maybe more than one of those)

With the IPL auction looming Jofra Archer continues to put on sublime showcases of his skills in the BBL.