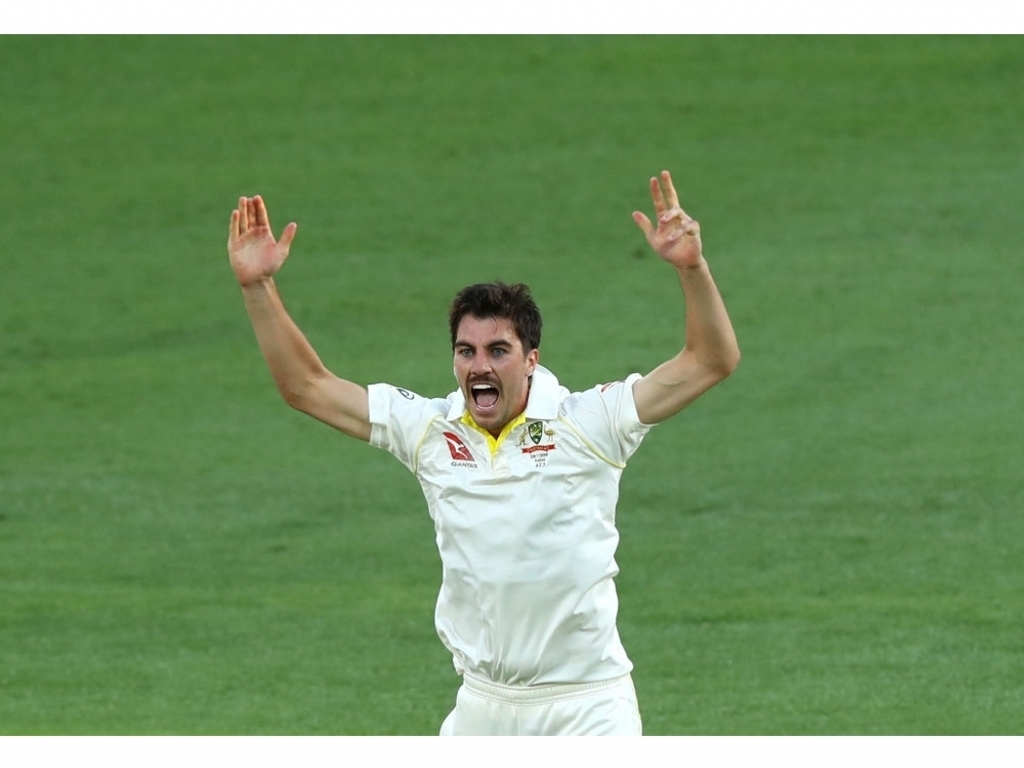 Australia fast bowler Pat Cummins said that his dismissal of Joe Root was a dream wicket for a fast bowler.

The New South Welshman enjoyed a good opening to his Ashes campaign against England returning figures of 2 for 59, claiming the wickets of Root and Mark Stoneman.

Cummins admitted that his delivery wasn’t part of the strategy the team had discussed when it comes to Root but it was a near-perfect ball.

The big quick was able to generate some swing with an older ball and struck Root adjacent with a brilliant inswinger.

Speaking to reporters after play on day one in Brisbane: “It wasn’t an overall plan to him but in terms of a fast bowlers wicket it’s pretty much the dream wicket.

“It’s one of the most satisfying wickets I’ve ever got.

“If the ball’s swinging to set him up with a couple of overs of outswing and then try and bowl one big inswinger. It probably only comes off one in a hundred times but when it does it’s a pretty special wicket.

“Fortunately it was their captain so I couldn’t be happier with that.”

"It's pretty much the dream wicket"

Pat Cummins on the big wicket of Joe Root on day one #Ashes pic.twitter.com/Ur8l8OIgtE

Cummins was full of praise for spinner Nathan Lyon who ran out James Vince having had him dropped by wicketkeeper Tim Paine on 68.

The paceman felt that Lyon’s bowling deserved a wicket. The spinner came into the attack early on a wicket that surprisingly took a fair amount of slow turn.

Cummins said of Lyon: “We talk about special plays, or an outstanding effort, and for us today that cracked open the partnership when Vince was looking pretty set. It [the run out] was a huge effort.

“I thought he bowled absolutely beautifully today. I don’t know how he doesn’t have six-for, let alone one.

“I said to him he should say stuff before every game, with the way he bowled today. He was loving it. He’s just one of those guys who loves getting into the contest. He loves backing up his team-mates and I thought he bowled beautifully.”

Cummins also backed keeper Paine to bounce back from his grassed chance.

He went on: “I’m sure he’ll be pretty disappointed.

“He keeps pretty high standards but keeping up to the stumps it’s pretty hard. I think it’s a case of the ball either sticks or it doesn’t.

“Speaking to him and hearing him speak to Hads [Brad Haddin], he said he was in the perfect position and it was just one of the ones that bounced a little bit and didn’t stick.

“I thought he was outstanding today, he was really clean and crisp with great energy. I’m sure he would have been nervous here because he hasn’t played for a long time, but he didn’t look it out there. He had a really good day.”

England reached 196/4 by stumps on day one on a day where over an hour was lost to rain.