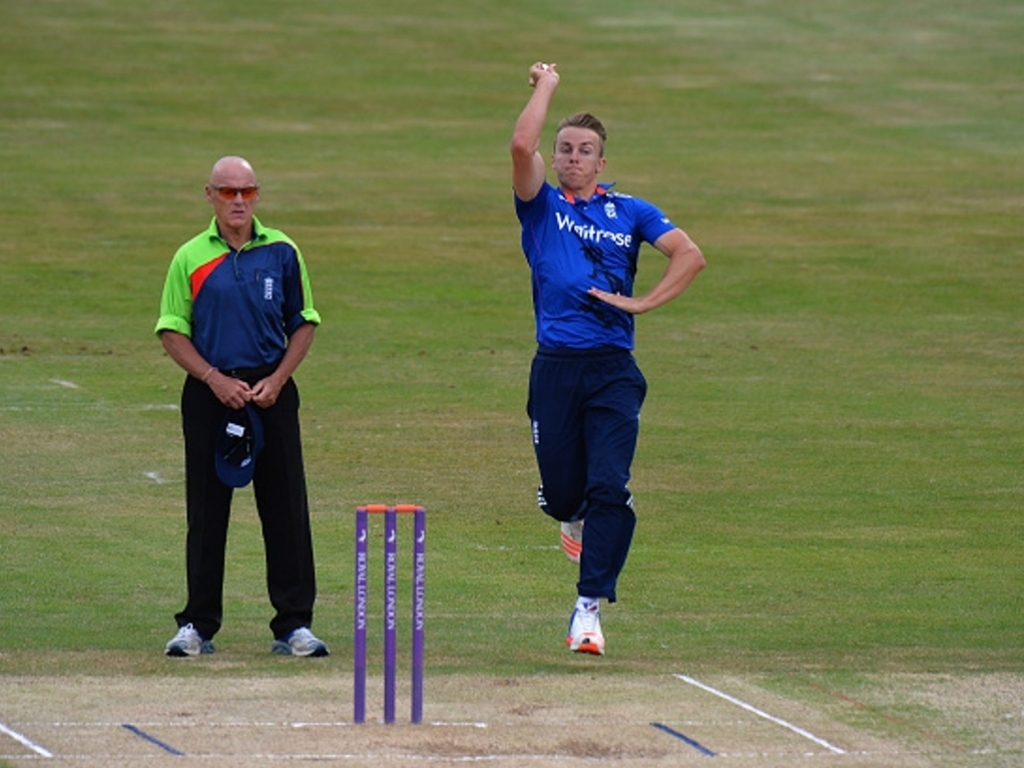 Surrey and England Lions fast bowler Tom Curran has been called into the England ODI squad to face the West Indies in the Caribbean this March.

Curran has been summoned to join the squad in the West Indies after injury struck Jake Ball during a warm-up game against the WICB President’s XI.

The young quick bowler was on tour with the England Lions in Sri Lanka and had been enjoying some good red-ball form picking up ten wickets in two four-day games.

Curran has an impressive List A record bagging 58 wickets at an average of 24.36 and has shown a great deal of promise on recent England Lions tours.

His father Kevin Curran represented Zimbabwe in 11 ODIs and performed coaching roles in domestic cricket up until his sudden death in 2012.

Middlesex’s Toby Roland-Jones will replace Curran in the England Lions fifty over squad.