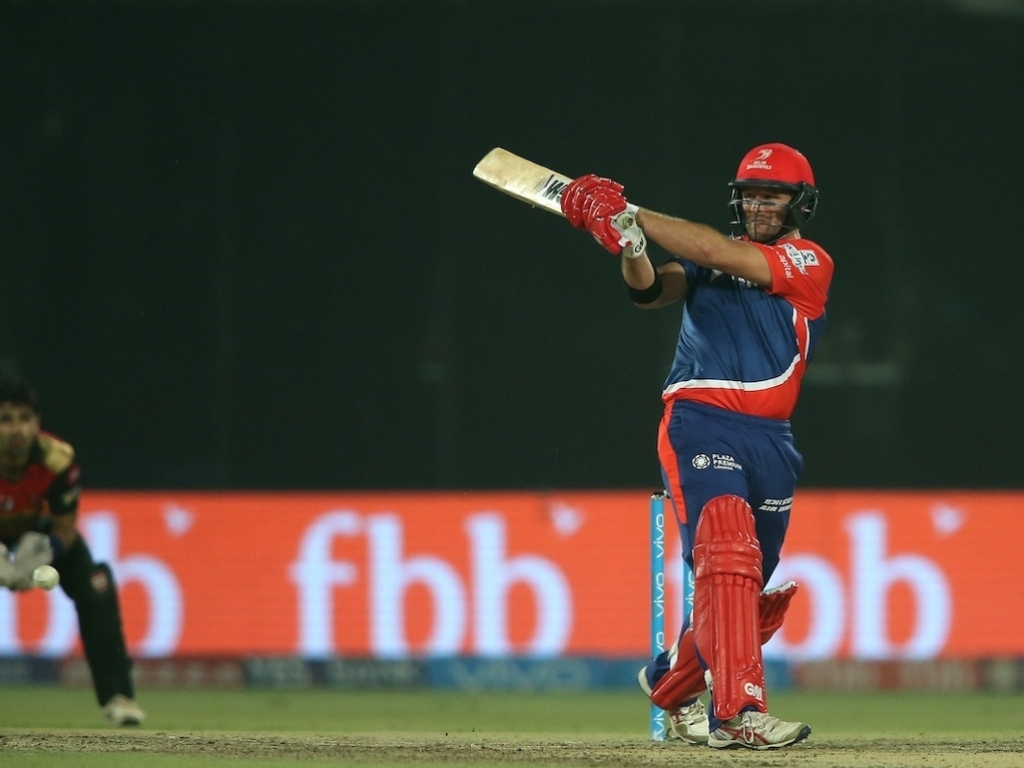 The Delhi Daredevils scored a vital six wicket win over the high-flying Sunrisers Hyderabad to keep their faint hopes of a playoff alive.

Yuvraj Singh smashed an unbeaten 70 to carry the Sunrisers to a competitive total of 185 for 3 in their 20 overs.

The Sunrisers middle order hasn't had much to do over the last few matches with the top three in formidable form.

For a change none of the trinity of David Warner (30), Shikhar Dhawan (28) or Kane Williamson (24) could blast to fifty although they did manage solid contributions.

Mohammad Shami dismissed both Warner and Williamson and was the pick of the DD bowlers with figures of 2 for 36.

Yuvraj played a smart knock starting off sedate having barely had time to get in before being paired with new batsman Moises Henriques (25*).

The left-hander was dropped by Sanju Samson while on 29 off the bowling of Chris Morris who gave the young man a withering stare.

Yuvraj accelerated towards the back end of the innings and destroyed the final over from Kagiso Rabada to give the Sunrisers every chance of a win.

It would prove to be the Delhi Daredevils' allrounders who would power them to victory after a good platform was laid by the top four.

The all-Indian top four of Samson (24), Karun Nair (39), Risabh Pant (34) and Shreyas Iyer (33) got things rolling and kept the scoreboard ticking over.

When Morris came to the wicket DD needed 38 runs to win with 24 balls left and Anderson on 15 off 12 balls.

The departure of Iyer triggered Anderson to bring out the big shots, he smashed the pick of the Sunrisers bowlers Mohammed Siraj (2 for 41) over the square leg boundary for six in the 17th over before Morris swatted the second ball he faced for four.

Anderson (41*) smashed a six and a four in the next over and Morris (15 off 7 balls) went big in the nineteenth clearing the rope and leaving Delhi chasing just one run to win off the final over.

The big Kiwi whacked the first ball of the twentieth for four with the field up saving one to see DD home with five balls to spare.