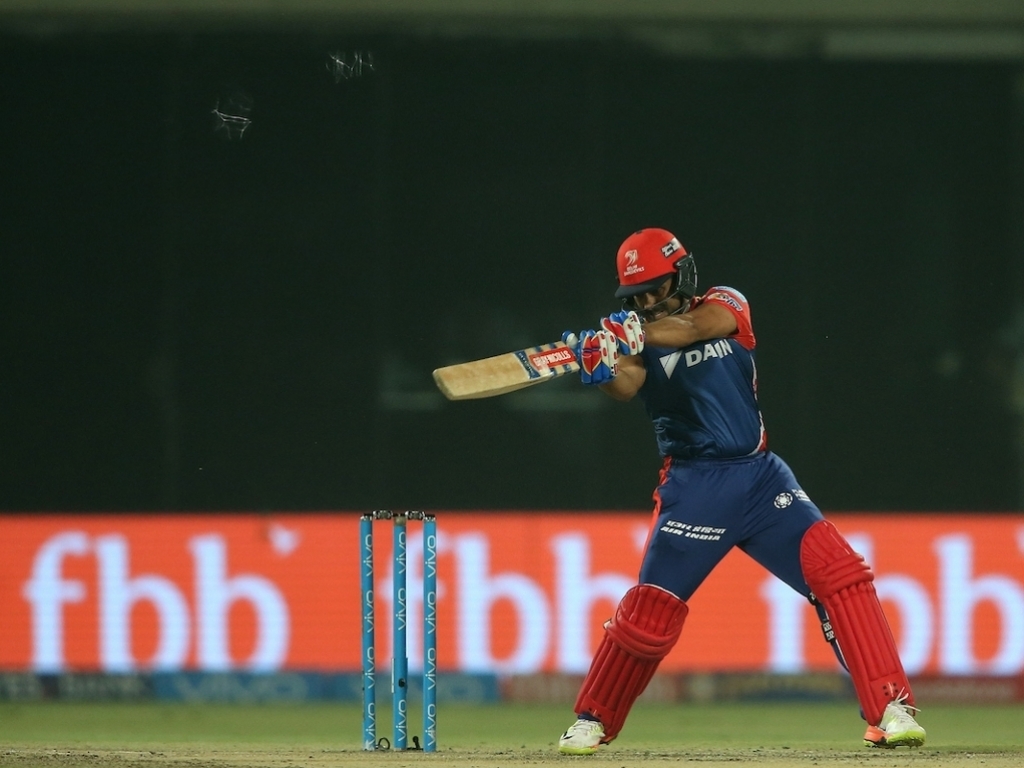 Delhi Daredevils skipper Karun Nair has said that his team wanted to play like a young team as they sought to chase down a target of 186 against the Sunrisers Hyderabad in the 40th IPL game of 2017.

Nair was part of a young and entirely home grown top four that showed great intent and laid a platform for overseas master blasters Corey Anderson and Chris Morris to finish the job.

Morris was the man tasked with interviewing Nair post-match for iplt20.com with Nair saying: “I think it was a great win.

“All we talked about is we, being a young team, should play like one. So, we just went out there and played fearlessly.”

Nair looked to get after the bowling early while opening partner Sanju Samson played more circumspectly.

Samson hit 24 off 19 balls while Nair raced to 16 off five balls in a forty run opening stand.

The skipper added: “It was just the intent and we just wanted to go out there and go after the bowling.

“With the four of us being youngsters at the top of the order, [the idea was to] just go out there and smash the ball.”

Nair turned from interviewee to interviewer moments later asking Morris how he felt while finishing off the innings.

Morris responded: “I was quite calm.

“Having Corey Anderson on the other side smacking the ball off the middle [of the bat] was quite nice.

“We were confident and were saying that if it’s in your arc and if it was in your area, smack it. And that’s the way we like to play cricket – confidence and smack a cricket ball. So, yeah, I think Corey Anderson [came up with a] masterclass in how to chase that score.”

In the end the Daredevils got home with five balls to spare to arrest a five match losing streak and keep hopes of a playoff place alive.