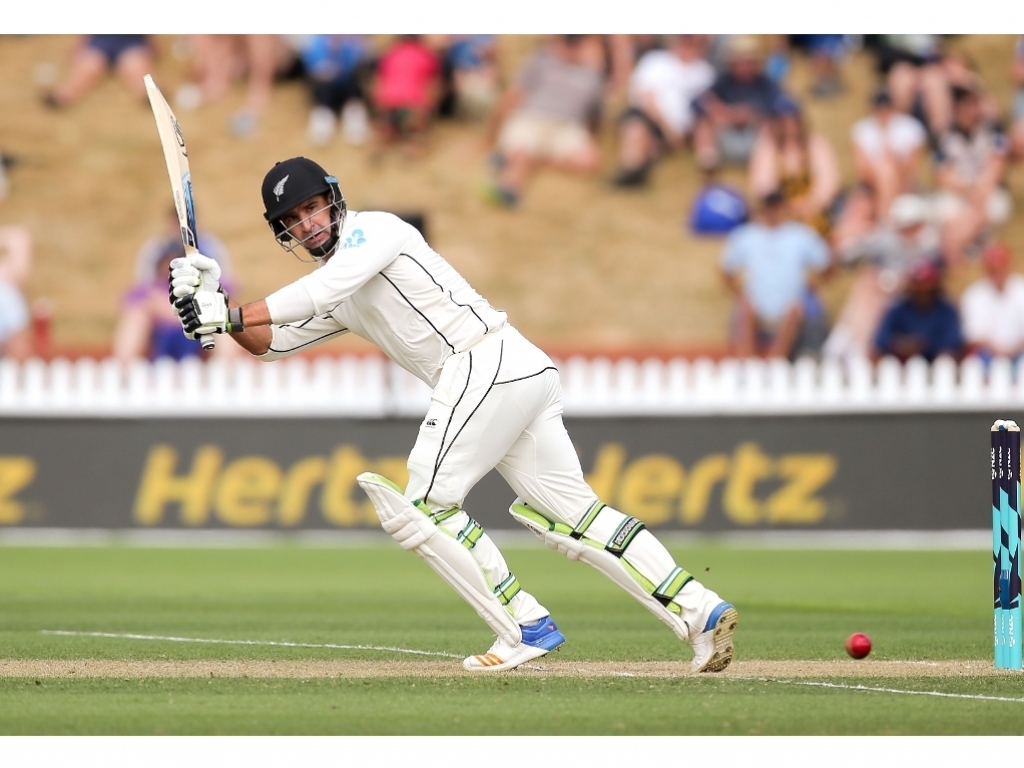 The Black Caps moved to a dominant first innings lead of 313 runs reaching 447 for 9 by stumps on day two in Wellington.

The highlight of the day was a brutal 105 off 74 balls from New Zealand allrounder Colin de Grandhomme who took the game away from the West Indies.

De Grandhomme entered the fray after a flurry of wickets left New Zealand 281 for 6 and allowed the Black Caps to take complete control of the match.

The crowd goes wild at a sensational maiden test century for Colin de Grandhomme, off 71 balls. A great afternoon’s test cricket at @BasinReserve for the @BLACKCAPS. pic.twitter.com/5AYY8fDndf

He hit eleven fours and three sixes in his quickfire maiden Test century at the Basin Reserve.

Debutant Tom Blundell (57*) would end unbeaten sharing a stand of 148 with De Grandhomme until the allrounder holed out trying to hit Roston Chase over long-on.

Blundell was at the crease with number 11 Trent Boult (2*) at stumps.

Kemar Roach’s return of 3 for 73 makes him the pick of the West Indies bowlers so far.

New Zealand will be keen to crank out as big a lead as possible with the wicket falttening out.