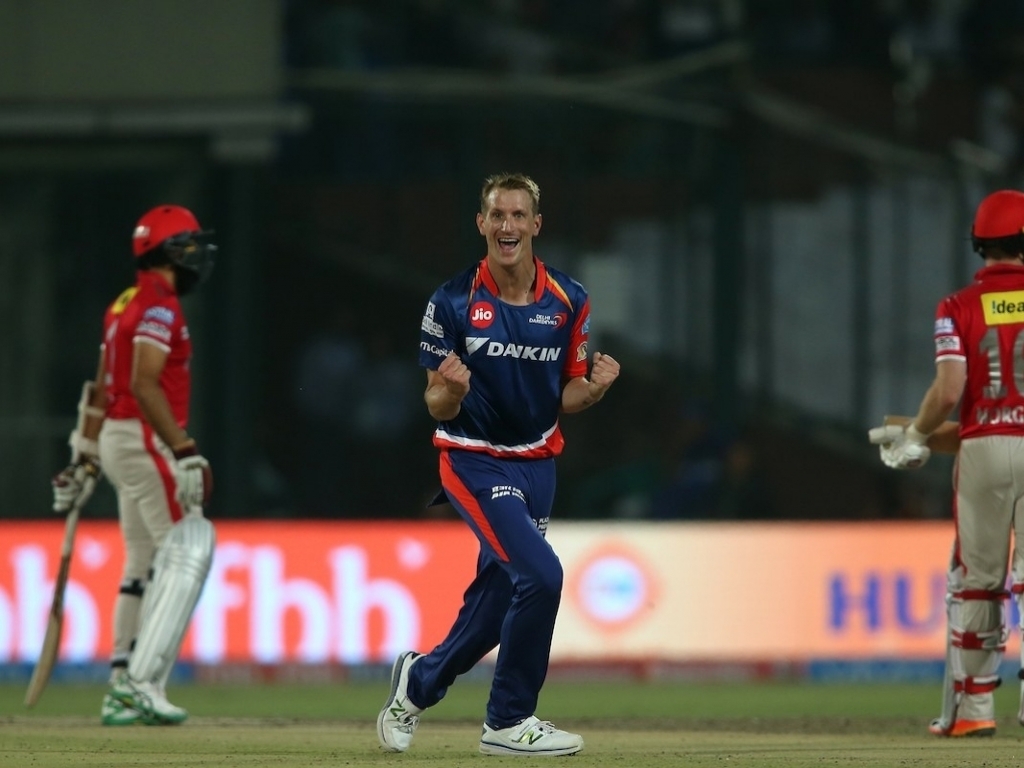 The Delhi Daredevils overcame the Kings XI Punjab by 51 runs in their stronghold of Feroz Shah Kotla stadium in the Indian Premier League.

The win is the Daredevils second in the competition and was set up by a half century from English opener Sam Billings.

Billings (55) put on 54 for the opening wicket with Sanju Samson (19) before his partner holed out to Konganda Cariappa.

Karun Nair’s lean run continued as he lasted just three balls for his duck, nicking off to Varun Aaron.

Billings and Shreyas Iyer (22) added a further 41 runs for the third wicket before both fell in quick succession.

Corey Anderson stitched together a finishers innings supported by Risabh Pant (15), Chris Morris (16) and Pat Cummins (12*) with the Black Caps allrounder ending on 39 not out off 22 balls.

Aaron’s 2 for 45 made him the pick of the bowlers with Delhi posting 188 for 6 to set the Kings XI an imposing total.

The Daredevils boast one of the best and in-form attacks with Pat Cummins and Chris Morris coming into the IPL after solid showing in domestic and international cricket and the experienced Zaheer Khan leading the pace attack while Amit Mishra has been in good touch so far as well.

Hashim Amla (19) and Eoin Morgan (22) got starts but couldn’t go on and the wicket of skipper Glenn Maxwell for a duck saw the the game swing decidedly in the favour of the home team.

The slow left-arm bowling of Shahbaz Nadeem claimed the wickets of Manan Vohra (3) and Wriddhiman Saha (7).

Anderson nipped out the last hope for the Kings XI, Proteas finisher David Miller (24) trapping him leg before to leave the Punjab franchise 88 for 6.

By the time Pat Cummins castled Mohit Sharma in the penultimate over the game was all over bar the shouting despite a gem of a cameo from Axar Patel (44).

Morris picked up the wicket of Cariappa (1) at the beginning of a final over that would have to had contained several extra deliveries for the Kings XI to have any hope of victory as they still needed 55 runs to win.

Axar fell off the final ball of the match leaving Morris (3/23) as the pick of the deadly Delhi Daredevils bowlers.