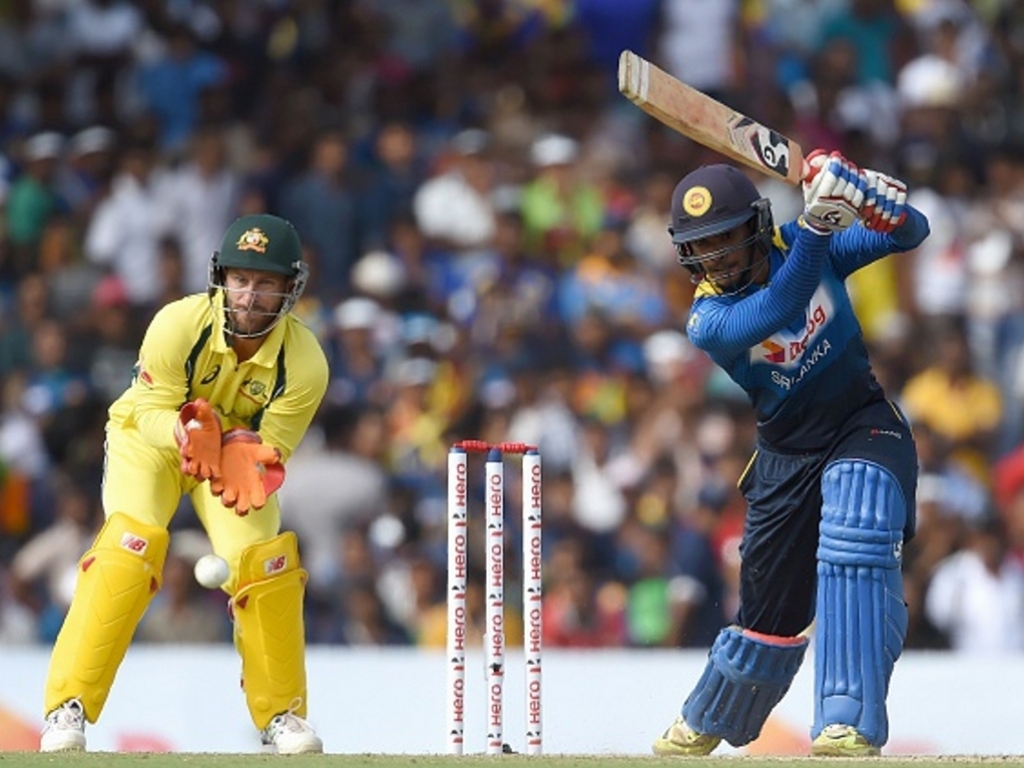 Allrounder Dhananjaya de Silva has been called up to Sri Lanka’s Champions Trophy squad as a replacement for the injured Kusal Perera.

Perera had to retire hurt during Sri Lanka’s inspired 7 wicket victory over India on Thursday.

After their victory at the Oval it was confirmed that Perera had suffered a hamstring injury and would be unable to further participate in the Champions Trophy.

Sri Lanka have been hit hard by injury with Angelo Mathews missing for the opening game against South Africa before Chamara Kapugedera injured himself in training this week.

Watch: Polly gets one back on Sanga

The man who replaced Kapugedera, Danushka Gunathilaka struck a quick 76 against India as he opened the batting in the place of Upul Tharanga.

Tharanga was suspended for two games as a sanction for Sri Lanka’s slow overrate in the game against the Proteas where he was skipper in Mathews’ stead.

The 25-year-old Dhananjaya has been a regular in and around the Sri Lanka squad recently and was part of the squad that went down 5-0 in a series in South Africa earlier this year.

ALSO READ: Mathews: No one really expected us to win

Dhananjaya has scored 334 runs in ODI cricket at an average of 25.69 with a highest score of 78 and he has taken four wickets with his off-spin.

Sri Lanka need to beat Pakistan in their final group game to book a place in the semi-finals, they could also progress if the match ends in a tie or a no result provided that the game between India and South Africa does not also end in a tie or no result.