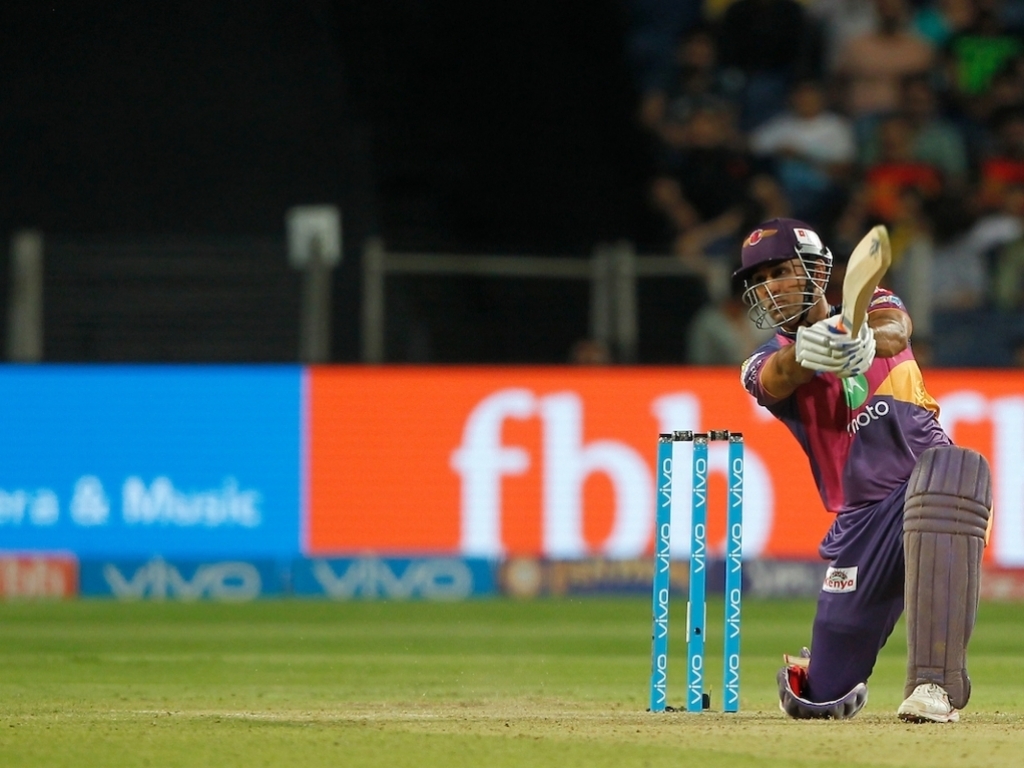 It came down to the final ball but who better to have in a pressure situation than captain cool MS Dhoni who crashed the ball to the fence to seal a six wicket win.

Steve Smith won the toss and put the Sunrisers Hyderabad in to bat with David Warner (43) and Shikhar Dhawan giving them a solid start.

Warner and Dhawan were a little slow out of the blocks and when Imran Tahir removed the latter it fell to Kane Williamson to push the tempo up.

Williamson hit 21 off 14 balls before he was trapped leg before by Dan Christian leaving SRH 84 for 2 in the 13th over.

Warner struggled to get a decent share of the strike but was out in the middle until the 17th over supporting Moises Henriques who bashed his way to 55 not out off just 28 balls and would be joined by DJ Hooda (19*) who would help him to the end of the innings.

Rahul Tripathi has grown as a player throughout this tournament taking pressure off big names Ajinkya Rahane (2) and Steve Smith (27).

When Smith departed RPS were still some way from victory and Tripathi (59) would fall soon after shifting all the pressure back onto the Supergiant.

It’s not hard to see why MS Dhoni is such a beloved figure https://t.co/asCpvwTgkr #IPL via @ipl

He may not be RPS skipper anymore but in the hearts of many he will always be captain cool.

Dhoni said after the contest: “It was a difficult one. But it was important that since we had strikers in the back of the innings, it was important we take Rashid out of the game. And one side we can hit with the breeze.

“One side can always hit with it. You can’t always win games like this. I think we did very well. Manoj contributed, which was very important because he didn’t eat too many deliveries. There is no run-rate tha is high. It boils down to how well the opposition bowlers execute. So seven, eight, nine, ten, doesn’t matter. What matters is keeping your calmness.”

The win moves RPS into fourth two points behind the Sunrisers Hyderabad with a game in hand.