Disappointed Broad prepares to give up new ball 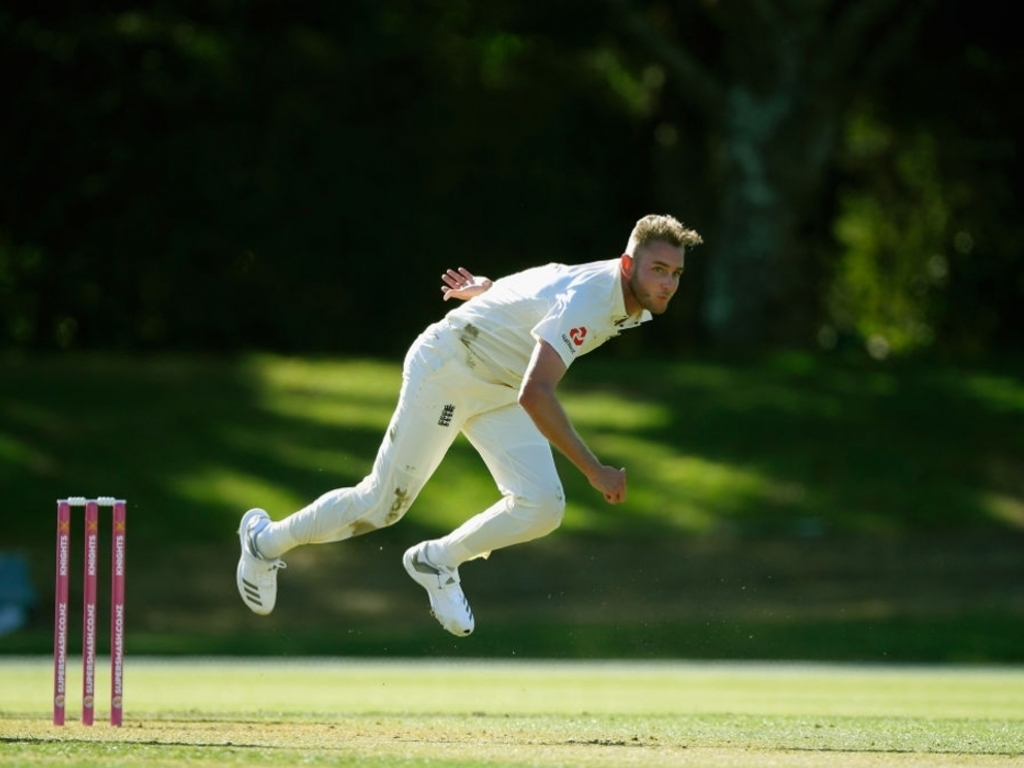 It appears likely that Stuart Broad will not take the new ball with James Anderson in the first Test against New Zealand in Auckland.

Broad has not opened the bowling in either of the two two-day warm-ups against a New Zealand XI with Mark Wood and Chris Woakes taking the new ball.

The veteran seamer took the second new ball in Hamilton but it seems that Joe Root is eager to groom the next generation of England opening bowlers in what is shaping up to be a highly competitive first Test.

Speaking to Sky Sports James Anderson said of the decision: “Obviously he [Broad] is disappointed, he’s a very proud bloke and we have opened the bowling for a number of years.

“He’s bowled first change in the past and I can see Joe wants to do with looking to the future but also having that experience coming on first change.”

Which of our bowlers will make the most impact in New Zealand? pic.twitter.com/PmM4xbwxQC

Chris Silverwood rubbished any suggestion that Broad was being pushed out of the England set up or demoted in any way.

The bowling coach said: “It’s just people looking at various options really, that’s all, trying certain things out so we know exactly where we are when we come to the first Test.

“We want to make sure we get the right combinations. Obviously he and James are outstanding bowlers for us, and they are going to play a huge part for us in the series.

“He’s worked really hard in the nets, put a shift in and he’s got the rewards for it today. I thought his first spell was outstanding.”

Anderson back his long-time partner to make a huge impact against the Black Caps.

He said:  “Stuart has done a lot of work on his action in the time off and I think the last two games he’s looked a different bowler.

“He looks refreshed, confident, his action looks strong and he’s getting the ball to move away from the right handers which he’s struggled a bit with in recent time. It’s a good option to have him, potentially, coming on first change.”