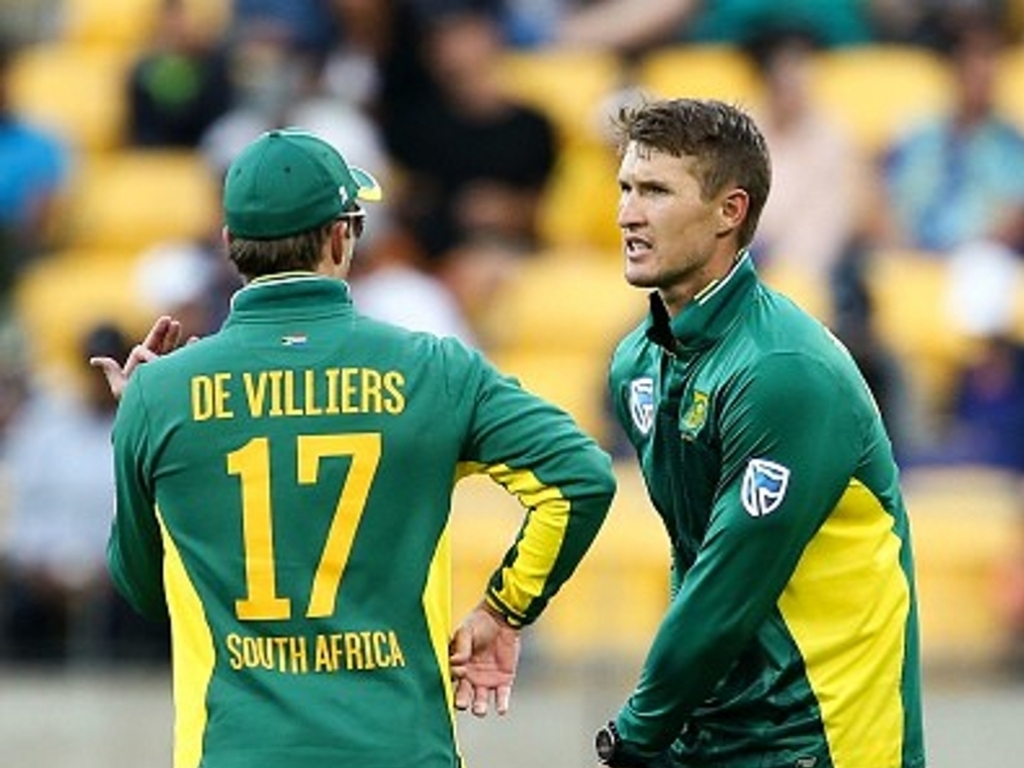 Proteas coach Russell Domingo is delighted with the performance of young allrounders Dwaine Pretorius and Andile Phehlukwayo in the series against New Zealand.

The Proteas bounced back from defeat in the second ODI to outplay New Zealand on a drop-in pitch at the Westpac stadium in Wellington on Saturday.

Domingo said after the win: “It’s been a feature of our side’s performances over the last year that the younger players have all come in and put in performances straight away which speaks a lot about where the team is at the moment and the culture of the group.

“It’s always pleasing when some new players are stepping up nor relying on one or two players.”

Pretorius took 3 for 5 against New Zealand but 1st ODI hero Phehlukwayo was also among the wickets picking up a few critical scalps.

The ODI side has been bolstered by the emergence of young players particularly in the allrounder and bowling ranks.

It is easy to forget that opener and wicketkeeper Quinton de Kock is also a young player with his assured and positive batting at the top of the order playing a big part in South Africa’s return to the top of the rankings.

De Kock struck a fifty in the second and third ODIs and Domingo rates him extremely highly.

Domingo added: “He has got a phenomenal rate of transferring those fifties to hundreds so I’m sure he’d be disappointed he hasn’t got a hundred because he is playing as well as he has ever played. I suppose he would feel a little disappointed in the manner of some of his dismissals. That’s the nature of how he plays.

“He is such an aggressive player and I by no means want to curb his natural instinct. He is an x-factor player and some days he is going to get it wrong and that’s okay but on the days he gets it right, he is going to win the game for you.

“He is still a baby, its hard to believe he is only 24. We’ve had some great players play international cricket for South Africa, who’ve got 10 or 11 hundreds in 200 games. He has got 12 in 77. That’s a phenomenal return for a young player like that.”