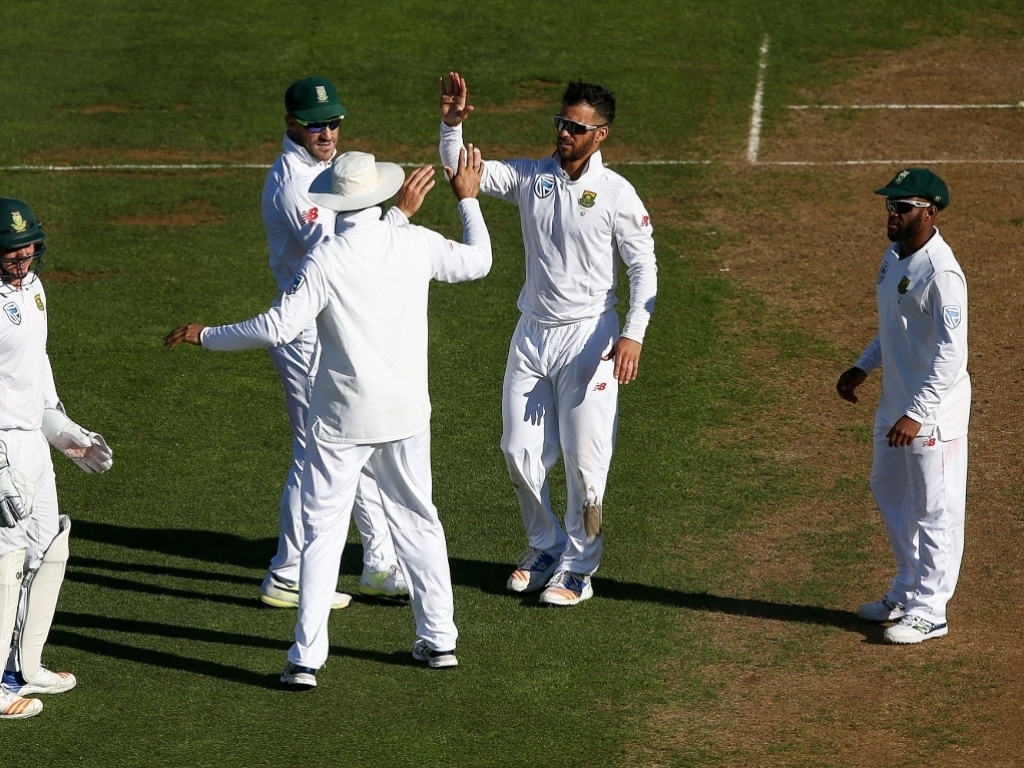 While JP Duminy was pleased with his four wicket haul on day one of the second Test against New Zealand he wasn’t getting carried away with the success.

Duminy has put a lot of work into his bowling but has yet to shake off the part-timer tag, and the Proteas would be unlikely to gamble on him as a sole spinner unless the pitch resembled a bowling green.

Speaking after claiming a career best 4/47 in Wellington Duminy said: “It’s something that I have been working on for a period of time and unfortunately I haven’t reaped any rewards, but I guess it comes down to opportunities.

“If you look at recent Test matches, our seam attack coupled with Keshav (Maharaj) have been doing really well. I’ve been getting an odd over here and there so the opportunities haven’t really been there.

“When you look at a spinner, it’s got to be a big portion of overs that they have to bowl to get success. Today was one of those days when I got an opportunity to carry on.”

Duminy was able to lure the Black Caps lower order into false shots by bowling a wider line and making excellent use of flight and drift.

The part-time offbreak bowler doesn’t feel that the pitch is going to offer much for the slower bowlers which is great news for South Africa who will have to contend with an in-form Jeetan Patel.

He added: “It’s probably not a wicket we will think that spinners will dominate on.

“The plan we had to try and get wickets was a good one – to try and bowl a wider line. There wasn’t a lot of purchase for spinners so I thought our tactics were pretty good.”

The Proteas will be disappointed with the way they bowled after lunch, allowing New Zealand to fight back through Henry Nicholls and the tail.

They were able to knock New Zealand over after tea though and while the loss of both Proteas openers has left the game in the balance the Black Caps total of 268 looks to be 75-100 runs light.

Duminy said: “There were periods when they played really well and we were probably guilty of leaking a bit in the middle session. But I thought we brought it back nicely and got some crucial wickets at crucial times.

With the game hanging in the balance South Africa will have to bat well on day two to gain an advantage and will be eager to still be batting on day three.

Duminy rounded off:  “Tomorrow will be a big day in terms of where this Test match goes. There will still be a hint of swing with Southee there so we’re going to have to bat well.”