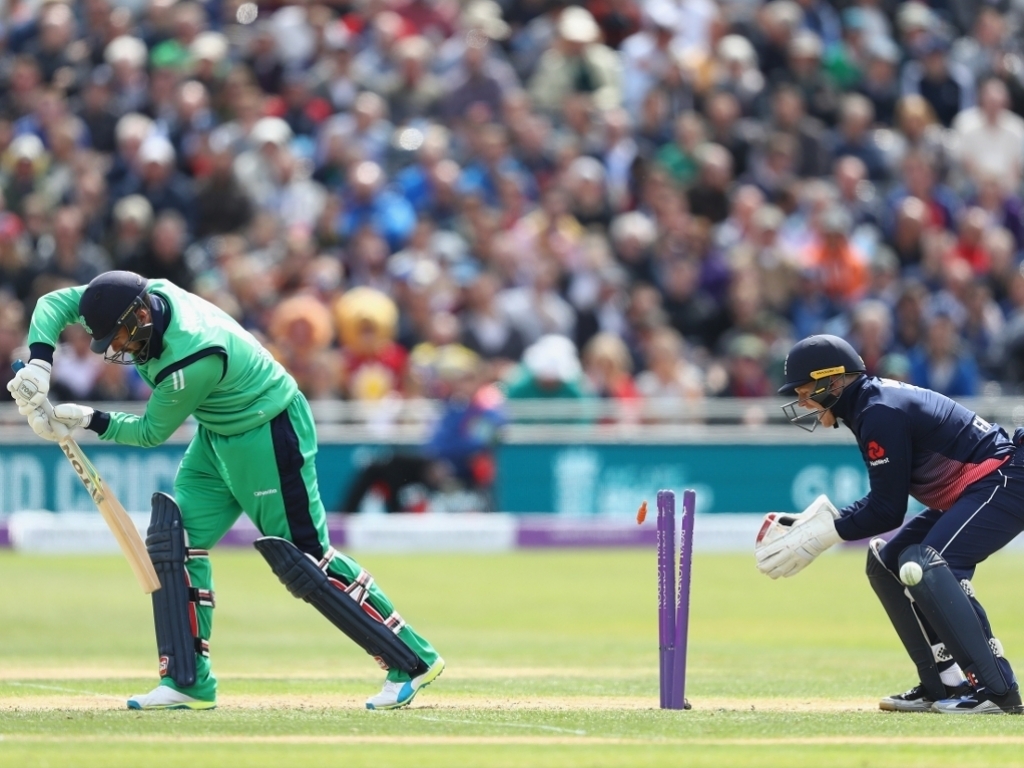 England proved far too strong for Ireland in Bristol as they chased down the 127 runs they needed to win in just over twenty of the fifty allotted overs.

Ireland got off to a bright start racing to 40 off 31 balls before things began to fall apart.

Paul Stirling’s stand and deliver style brought him 20 off 15 before he gave himself room and left a gaping chasm between bat and pad for Mark Wood to exploit, clipping leg stump and Ireland were 40 for 1.

Ed Joyce (23) went in the next over trapped leg before by David Willey in a dire loss of concentration.

William Porterfield and Andrew Balbirnie did a half decent job of consolidating moving the total to 81 at the end of the 17th over.

Balbirnie (30) then played a simply dreadful flat-footed waft to gift Jake Ball a wicket in the 18th over.

England introduced the dual spin of Adil Rashid and part-timer Joe Root that would see Ireland crumble in a heap.

Rashid tore through the Irish middle and lower order picking up 5 for 27 in 8 overs while Root achieved career bast figures of 2 for 9 from five overs.

In reply England got off to a shaky start with both openers looking out of touch, while Jason Roy departed early chipping Peter Chase to short midwicket for a duck, Hales was able to play himself in after surviving a few early scares.

Hales (55) played his shots throughout his knock but some were more convincing than others, with Ireland unfortunate dropping him twice inside the first five overs. England won’t be overly thrilled with their opening pair at this stage and may want to give Sam Billings a run at the top.

Joe Root (49*) was solid and would see England home despite losing Hales and skipper Eoin Morgan (10) with Jonny Bairstow (10*) seeing out the match with him.

England take a 1-0 lead into the second and final ODI on Sunday 7 May.