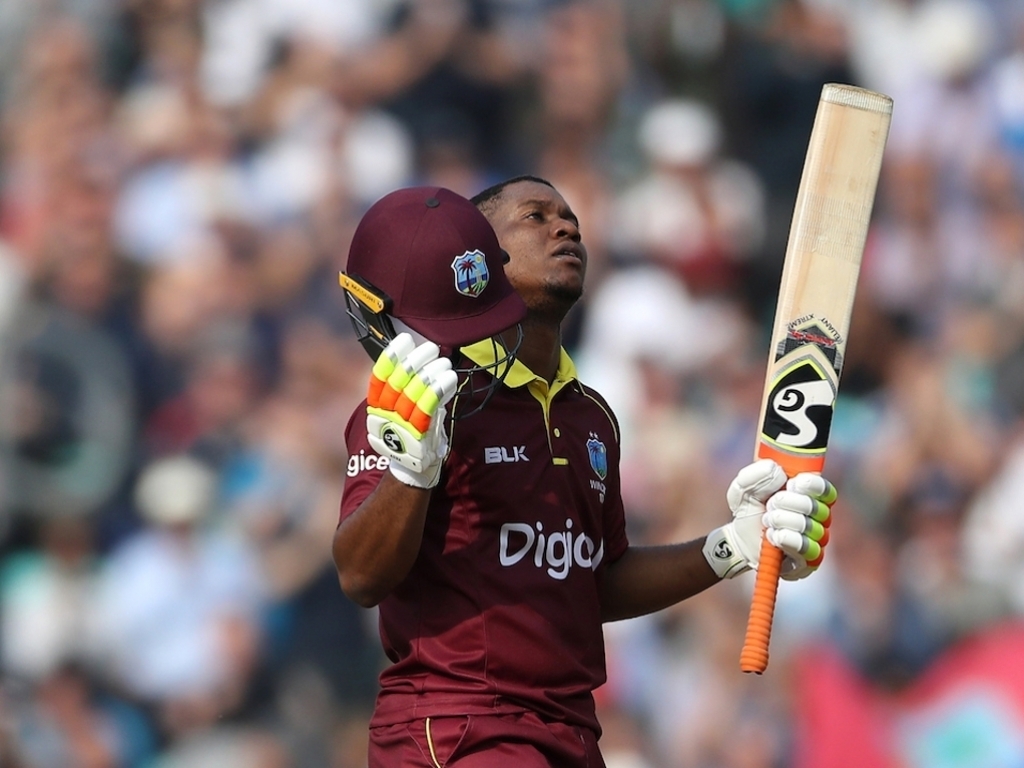 England scored a narrow six run DLS victory as rain cut short the fourth ODI against the West Indies at the Oval.

The hosts were six runs ahead on the Duckworth-Lewis-Stern method when play was halted in the 36th over of their chase.

England reached 258/5 and needed 99 runs to win of the remaining 89 balls when the weather had its say.

Earlier the West Indies powered to a mammoth 356/5 thanks to a superb century from Evin Lewis.

Both Chris Gayle (2) and Shai Hope (11) meekly nicked off before Marlon Samuels (1) was trapped leg before after walking across his stumps.

Jason Mohammed (46) stuck with Lewis and rebuilt the innings playing the anchor role while Lewis blazed the ball around.

Mohammed fell to Adil Rashid just short of his half century but Lewis went on and with skipper Jason Holder for company they looked set for a big finish and the opener was poised to hit a double ton.

However the innings hit a speed bump when Lewis smashed a full ball into his own ankle and had to leave the field retired hurt, his tally of 176 off 130 balls was the highest ever for a batsman who retired injured in an ODI.

Holder (77) and Rovman Powell (28*) found the fence a few times and looked to have got the West Indies to an imposing total when the former was caught in the deep off the final ball.

England’s response was bit-part but came at a fair old rate.

All of the wickets fell to Alzarri Joseph (5/56) who claimed a maiden ODI five wicket haul.

Jason Roy (84) made the most of his recall in Alex Hales place and was the only England batsman to pass fifty.

Jos Buttler (43*) and Moeen Ali (48*) did enough to get England ahead with an unbroken 77 run stand and secured the win.