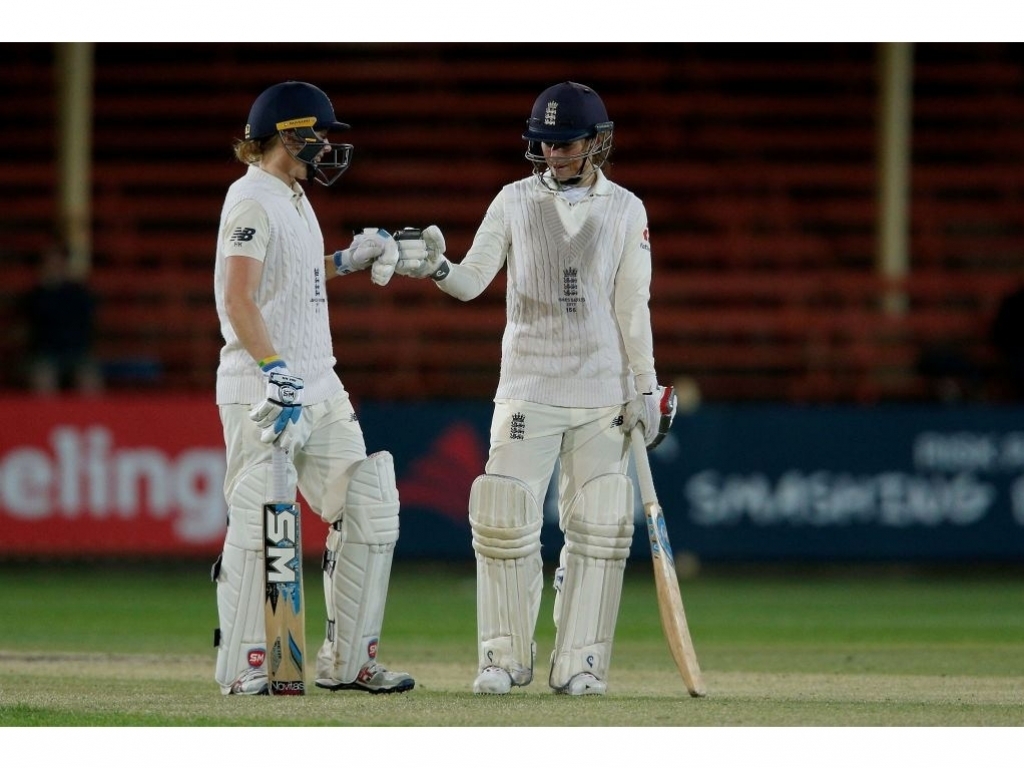 England Women kept their Ashes hopes alive after securing a draw in the day-night Test against Australia Women in Sydney on Sunday.

The teams shared one point each but the hosts still lead the overall scoreline 6-4 after winning the One-Day International leg 2-1.

The series now shifts to three Twenty20 Internationals that will be held in Sydney and Canberra.

Ellyse Perry’s maiden double-century had set up Australia perfectly going into the fourth and final day with the hosts declaring on 448 for 9 in reply to England’s 280 all out, along with Alyssa Healy and McGrath playing the supporting act to Perry’s record knock of 213*.

Laura Marsh and Sophie Ecclestone, the latter making her Test debut in Sydney, picked up three wickets each.

Heather Knight was the star of England’s second innings with an unbeaten knock of 79 off 220 balls with 11 boundaries, while Georgia Elwiss proved to be an able ally with her a defiant 41 off 190 balls as England ended the fourth and final day on 206 for 2.

Resuming on 40 without loss, still 128 in deficit, Lauren Winfield and Tammy Beaumont, the England openers, batted cautiously, laying out England’s intent for a draw.

Winfield faced 145 balls to get to 34, while Beaumont took 81 balls to score 37 with five boundaries. Beaumont was bowled by Amanda Jade-Wellington and Winfield was trapped leg before by Tahlia McGrath ten overs later.

Those were the only two breakthroughs that Australia was able to make as the England batters ground its bowlers into submission until both teams decided to shake hands with eight wickets remaining.

Ellyse Perry was named the player of the match for her stellar double-century and three wickets in the first innings.

England now needs to sweep the T20I series to regain the trophy.