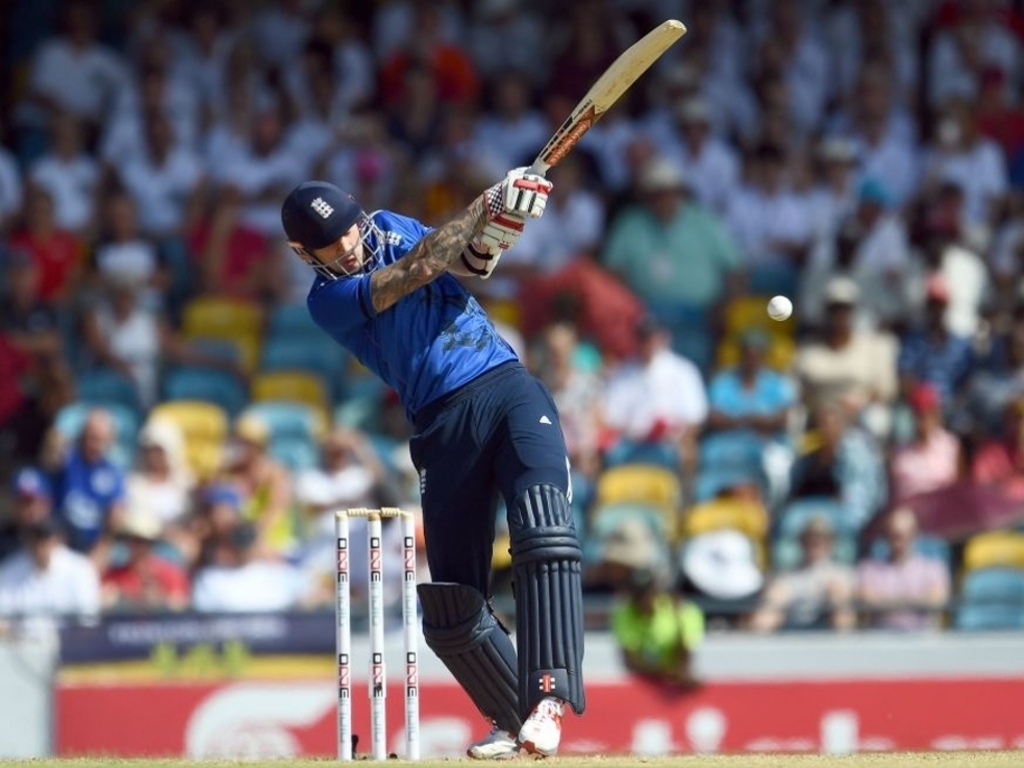 England wrapped up a series whitewash when they won the third ODI against the West Indies in Barbados by 186 runs.

Chasing 329 to win the West Indies collapsed to 142 all out as not a single batsman managed to get past fifty for the hosts.

The top three of Kieran Powell, Evin Lewis and Shai Hope has misfired all series and they would once again depart early leaving the West Indies 13/3 in the fourth over of the innings as a Chris Woakes double strike followed Steve Finn’s first over breakthrough.

The hosts would then find themselves 45/6 as Liam Plunkett removed Jason Mohammed (10), Shai Hope (16) and Jason Holder (0).

Jonathan Carter provided some brave resistance with his 46 but it would prove to be in vain as the West Indies floundered in the face of scoreboard pressure.

Woakes would finish with figures of 3 for 16 to end as the pick of the bowlers.

Earlier hundreds from Alex Hales (110) and Joe Root (101) had laid a massive platform for England who would go on to post a score of 328 all out.

The scorecard was top heavy as England lost seven wickets in the last ten overs in pursuit of a big finish with Ben Stokes the only other man to get past thirty for England.

In the end the brace of hundreds from opener Hales and number 3 Root would allow England to post an imposing and ultimately winning total.

Alzarri Joseph picked up 4 for 76 to be the pick of the West Indies bowlers.

Man of the series Woakes said after the win: “Pleased to do it with the ball, always nice with the bat as well. Performing in different places, around the world. We’ve got a lot of talent in the squad and there’s competition for places.

“Conditions back home will be slightly different but we take wins and looking forward to the challenge this summer. Bit of a break, refresh and then get back together in May.”