England peg Pakistan back at Headingley 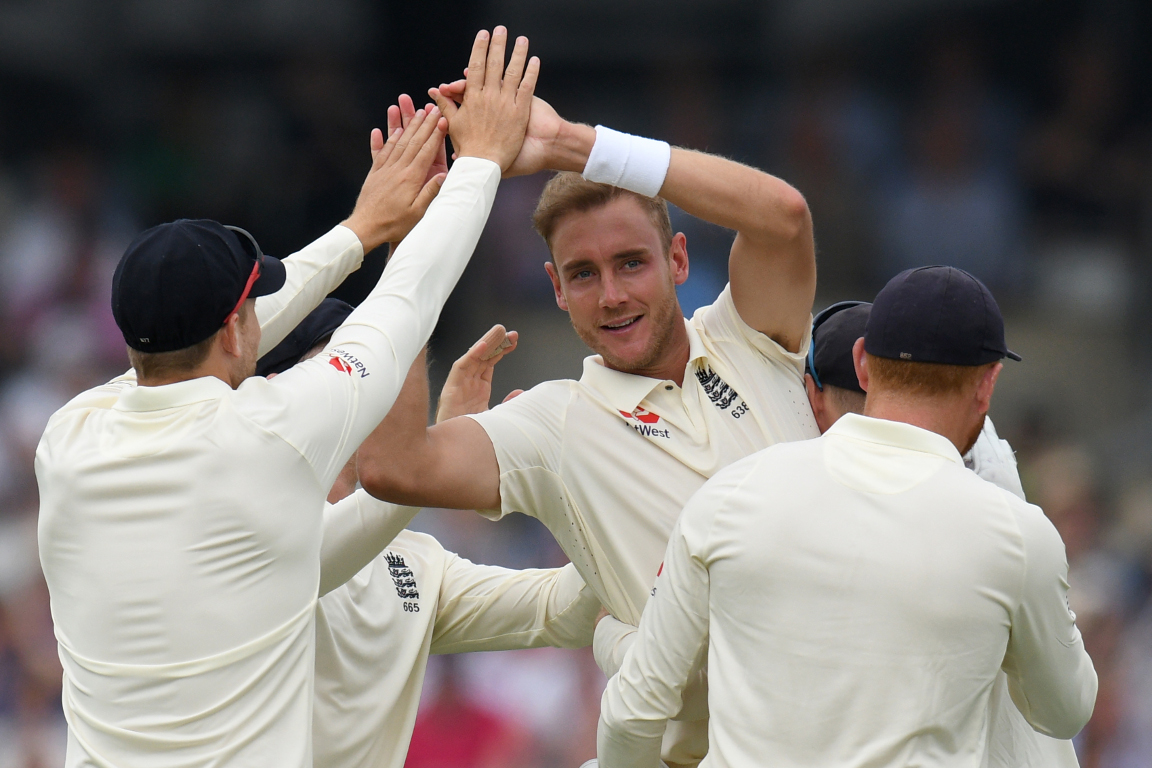 A much-improved England bowling attack made short work of Pakistan on day one of the second Test at Headingley bowling the tourists out for 174 before making progress to 106/2 by stumps.

Pakistan had earlier won the toss and gone with conventional wisdom in Leeds opting to bat first.

Sam Curran made his Test debut for England while Usman Salahuddin received his first Test cap as well in what is his 100th first class match.

The tourists problems began early with Imam-ul-Haq (0) flashing at one from Stuart Broad that would get the veteran’s tail up at the end of his first over.

If the first wicket was a freebie Broad deserved the wicket of Azhar Ali whom he trapped leg before at the start of the tenth over to leave Pakistan 17 for 2.

How good was this opening spell from @StuartBroad8 and @jimmy9!? 😍

Haris Sohail (28) and Asad Shafiq (27) looked to apply themselves but both would fall during the course of a Chris Woakes spell that set Pakistan wobbling before lunch at 62 for 4 when the latter nicked off to the corden.

Skipper Sarfaraz Ahmed (14) played an innings that will leave more than a few pundits questioning his ability to bat at six in Test cricket especially given the inexperience on offer at five, seven and eight.

Sarfaraz was undone by a swinging Yorker from James Anderson who, like Broad, bowled fuller attacking the stumps.

Shadab Khan (56) would spare some of Pakistan’s blushes with his third Test fifty in as many Tests and his fastest to date.

The legspinner turned allrounder realized he had to get on with things from the time Mohammad Amir joined him at the crease and made it clear he was there for a good time not a long time.

Hasan Ali (24) proved to be Shadab’s most useful partner outscoring him in a 43 run stand for the ninth wicket.

Curran wrapped up the innings with his first wicket in Test cricket as Shadab slogged a length ball down deep midwicket’s throat.

First Test wicket for @CurranSM to wrap up the innings! 👏

That brought about an early tea but after the break England were tasked with seeing off the new ball, a task Alastair Cook and Keaton Jennings warmed to.

After starting scratchy the pair got to 53, before Jennings (29) nicked off to Faheem Ashraf, to give England a crisis free start for a change.

It appeared as though Cook (46) and skipper Joe Root would get through to the close without further trouble but with time ticking away the opener flashed at a short ball down leg side from Hasan Ali only to glove it through to the keeper.

England sent Dom Bess in to join the skipper as a nightwatchman and he would get the job done though he was unable to get off the mark while Root (29*) watched on from the non-striker’s end for the final five balls of the day.

The hosts trail Pakistan by 68 runs with eight first innings wickets in hand.