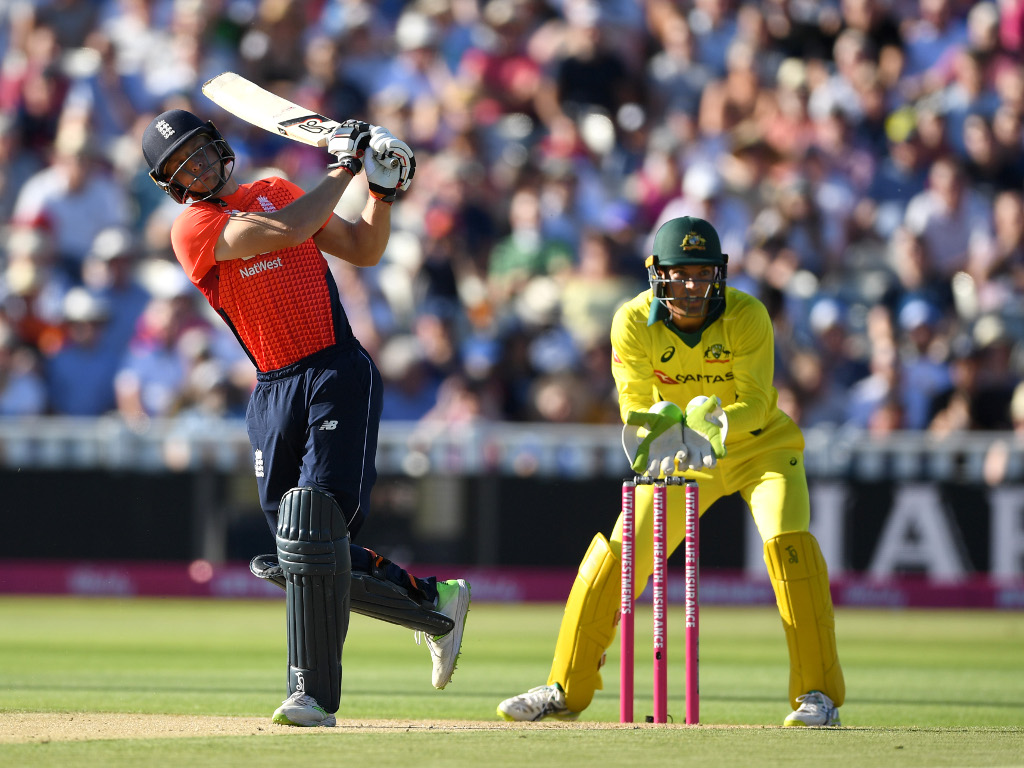 England handed Australia another defeat, this time in a one-off T20I at Edgbaston which they won by 28 runs.

Jason Roy was partnered by Jos Buttler and they would give England the ideal start blasting 95 for the first wicket.

Mitchell Swepson got the breakthrough on debut with Buttler (61) holing out to deep midwicket.

Roy (44) departed in the very next over but England were eager to keep their foot on the gas.

Alex Hales (49) and Joe Root (35) did the hard yards to get the home side in a position to surpass 200 sharing a 71 run fourth wicket partnership after Eoin Morgan became Swepson’s second victim.

Have we put enough on the board?

Australia lost wickets at regular intervals in their reply with skipper Finch watching a procession come and go from the other end.

While Finch was still there Australia had some hope of getting over the line but he couldn’t resist a flighted delivery from Adil Rashid (3/27) which he hit down Chris Jordan’s throat at long on to leave them 158 for 6 needing 64 runs to win off 28 balls.

Ashton Agar (29) and Andrew Tye (20) made a good fist of it but in the end they would perish trying to get Australia home.

Australia slumped to 193 all out and will leave Eng;and without a win in six internationals.