Faulkner raring to go after lay-off 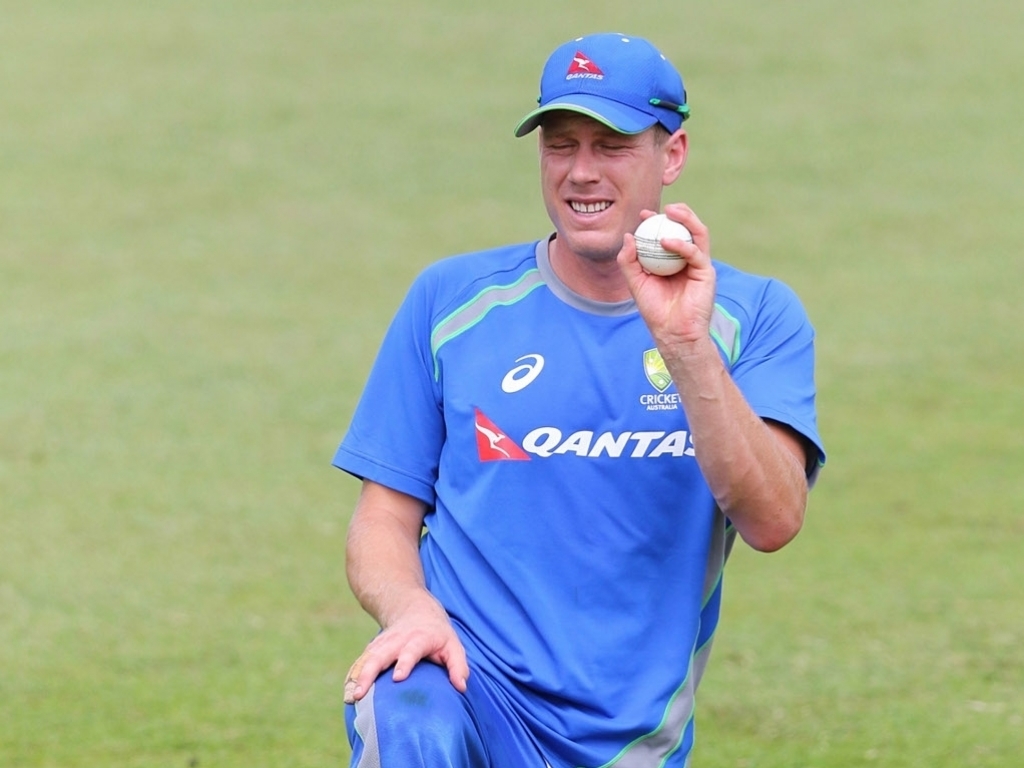 Australia allrounder James Faulkner has admitted that he wasn’t at his best when he was dropped from the ODI team earlier this year.

Faulkner missed out on the Champions Trophy but is grateful for the time spent at home preparing for the new season.

The 27-year-old had been struggling with a knee injury and while he contributed with the ball his batting has slipped from the heights he reached in India in 2013 when he hit a remarkable century to earn himself the tag of the ‘finisher’.

Speaking ahead of the ODI series against India Faulkner said: “Anytime you miss out on selection, it is tough.

“I have a good chance now. I had four months away from the game. I had bit of pre-season which has been nice, a bit of time in my own bed, and to get strong and fit again.

“I have been battling – to be honest – probably the last 18 months, so it’s been nice to be home with my team-mates in Tassie and hit the gym hard. Just physically with my knee and the state it has been in. It is as good as it’s been at the moment, so I’m pretty happy.

“My training definitely changed. I spent a lot of time on the bike; I haven’t spent any time running other than fielding and while bowling in the nets.

“Have been doing different exercises in the gym, there are certain exercises I can’t do but there is a lot I still can. It is about being disciplined with them and training and working hard. Also reflecting on aspects you need work on as a player because everyone has to get better.

“It was pretty tough. I think if you ask any player when you get left out it is not great fun. After a while you are friends and family with your team-mates as well.

“At the end of the day it is up to you to be back; I am excited to back in the group. I don’t really want to talk about the past. It’s about this series coming up and a good opportunity against very good opposition in their own country.”

Faulkner was not given any sort of brief when he was dropped from the limited overs team but says he spent the time out of the game working hard on his fitness and game.

He added: “I didn’t get too much feedback to be honest.

“It was about… they said the pace has dropped down a little bit maybe. I bowl a lot of variations, so it’s a tough one. I didn’t have too much to be honest. I just reflected myself and wanted to get back in the team. I put that aside and worked as hard as I could.

“I suppose for me [my strength] is the variation and the death [overs] as well with both the bat and ball. I don’t know about the X-factor, there are a lot of players with the X-factor in both line-ups and that is international cricket. Do as well as I can and play my part in these conditions, which are obviously different from back in Australia.”

The first of five India v Australia ODIs will take place in Chennai on Sunday 17 September.