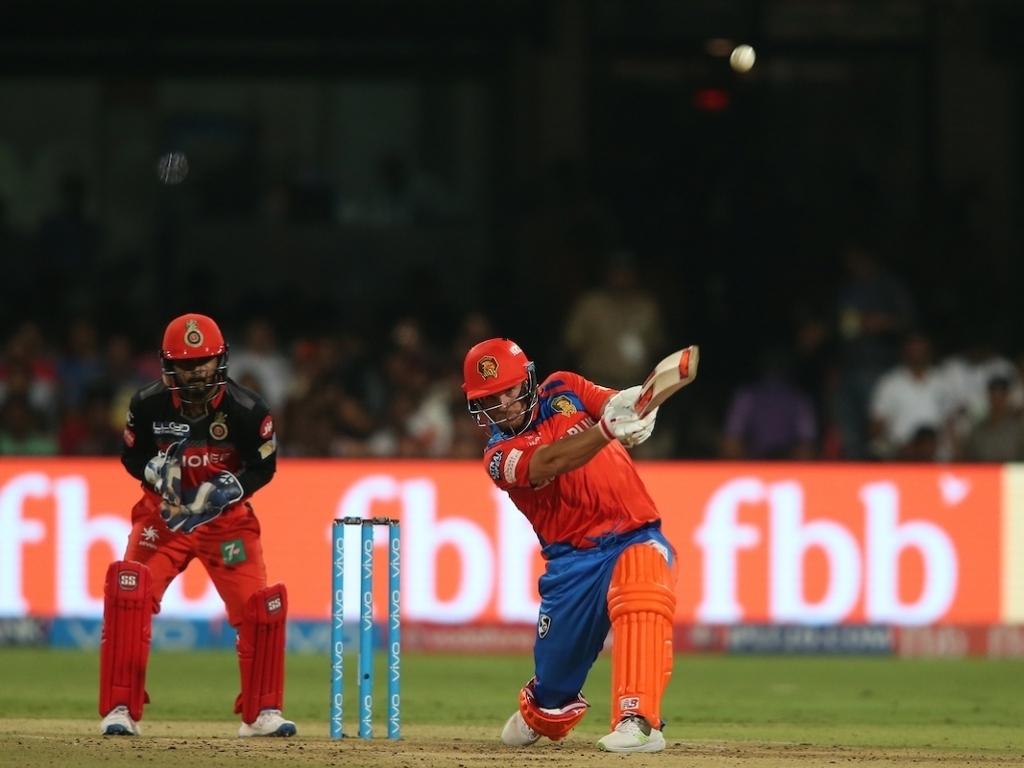 Finch hit 72 off 34 balls to allow Gujarat to cruise past the 134 all out posted by RCB in another disappointing effort.

The RCB top order fell apart yet again with skipper Virat Kohli (10) getting set before picking out short fine leg off the bowling of Basil Thampi.

Andrew Tye found himself on a hat-trick again as he removed Chris Gayle (8) and Travis Head with successive balls but Kedhar Jadav would survive and end up scoring 31 before being bowled by Ravindra Jadeja.

Andrew Tye is having a stunning IPL https://t.co/9mw3APpLUv #VIVOIPL via @ipl

AB de Villiers (5) was run out after a mix up with  and some great work from Jadeja.

Pawan Negi (32) added some respectability with the tail but he too fell in the fourteenth over leaving the bowlers to limp to 134.

Andrew Tye ended as the pick of the bowlers ending with figures of 3 for 12 from his four overs.

Ishan Kishan (16) and Suresh Raina started out slowly before the former was trapped lbw by Badree.

Brendon McCullum joined Raina who appeared to be struggling after picking up a knock during the RCB innings.

McCullum (3) would hole out to Badree bring the destroyer Finch to the wicket.

The Aussie fired his way to the fastest ever half century by a Gujarat Lions player reaching his half ton off just 22 balls.

Raina was caught in the deep off Yuzvendra Chahal but as he was walking off the umpires opted to check for a no ball with the replays showing he had overstepped.

Finch started swinging early hitting his second and third balls for maximums and really didn’t stop going after the bowling until he holed out to Negi.

Raina (34 off 30 balls) would see his team home bravely despite struggling and even managed to clear the rope once in a measured innings.

The win reached with 37 balls to spare keeps the Gujarat Lions alive in the competition but leaves RCB almost surely facing a season without an IPL playoff spot.