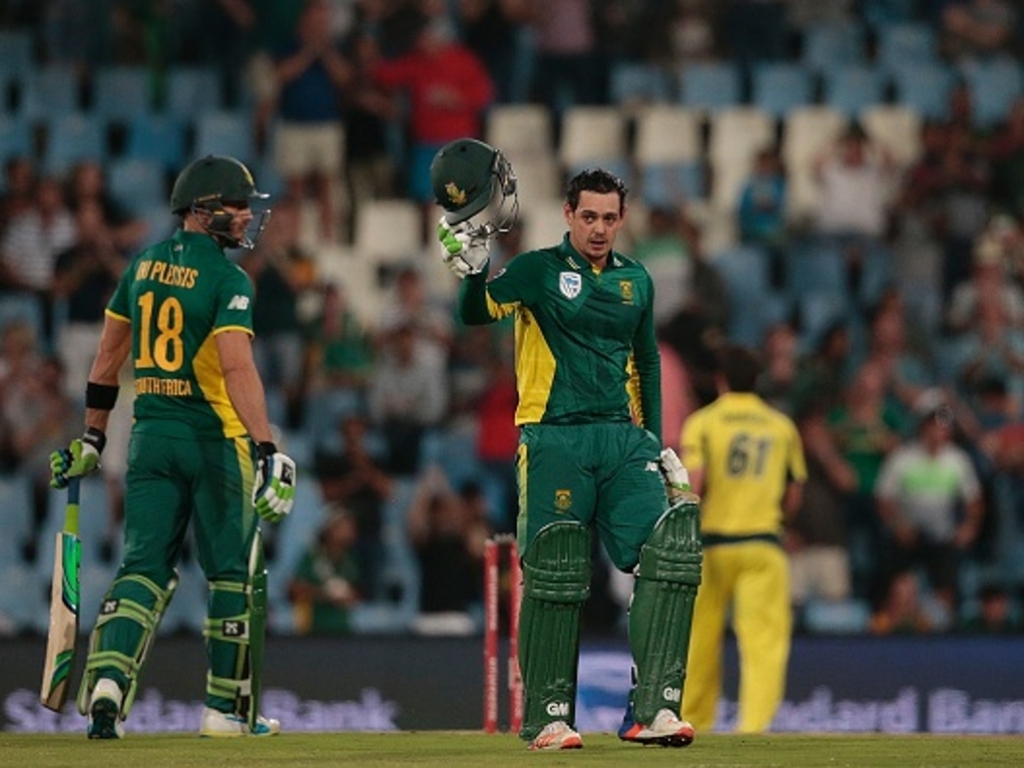 Quinton de Kock matched the previous performances of superstars Hashim Amla and AB de Villiers when he was named South African Cricketer of the Year and in all received a total of five awards at a glittering Cricket South Africa (CSA) awards function in Kyalami on Saturday evening.

Only Kagiso Rababa has done better with his six CSA awards last year.

De Kock did, in fact, receive a sixth award which was for being named the ICC ODI Cricketer of the Year.

His statistics for the year were remarkable, highlighted by his ODI innings of 178 against Australia in a series that saw him score 300 runs at an average of exactly 60 and a strike rate in excess of 137. His Test match performances were notable for his ability to score big runs when needed and to take the game away from the opposition.

In addition, the quality of his glove work was brilliant.

The only awards he did not win for which he was eligible were the T20 International Player of the Year award that went to Imran Tahir for the second year in a row and the Award of Excellence that went to Temba Bavuma, again for the second successive year, for his brilliant run out of David Warner.

De Kock obviously was not a contender for Delivery of the Year and that again went to Kagiso Rabada for his delivery that bowled Usman Khawaja at Perth.

The International Newcomer of the Year awards went to Keshav Maharaj and Laura Wolvaardt.

“Simply outstanding! What a year Quinton has had,” commented CSA Chief Executive, Haroon Lorgat. “He has shown the maturity of a seasoned campaigner with performances that have really counted when needed most, often blowing away the opposition in the process.

“It is encouraging that for the second time in a row our premier award has gone to one of our young stars who are shining with distinction alongside our world-class senior players.

“The way the Proteas have come through to rise up the ICC rankings in meteoric fashion has been quite brilliant and we now have a real team in the true sense of the word.

Colin Ackermann of the Warriors did the double of Domestic Players Player of the season and the SACA Most Valuable Player award.