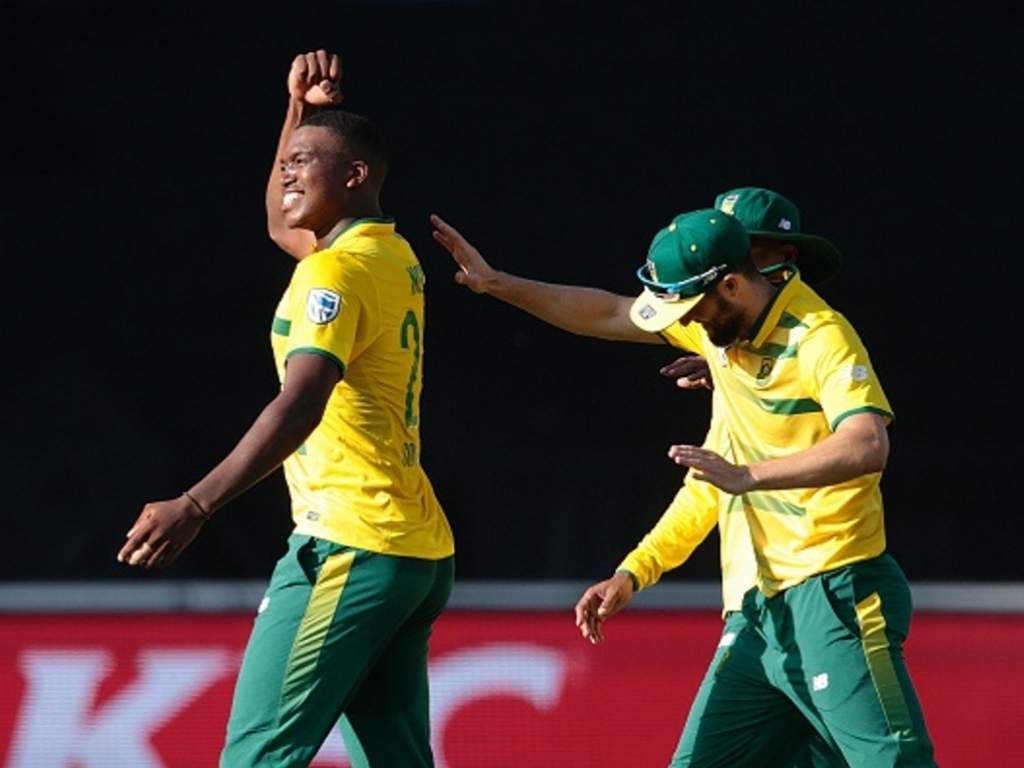 The Twenty20 series is over now and a young Proteas team have been bested, if only narrowly, by a Sri Lankan team that have shown themselves to be talented but jittery.

We cast our eye over this series and picked out five things that the Proteas will have learned from the 2-1 defeat they had inflicted on them.

1. Speedy Ngidi is a beast

Lungi Ngidi bowled with excellent pace and picked up wickets at critical points and he looks to be a breathtakingly talented cricketer.

Before Ngidi bruised his hip and was forced from the field in the third T20I he was South Africa’s best bowler in the series. He picked up the man of the match award in the first game and gave South Africa a chance of winning the second despite having a modest total to defend when he took 4 for 19 in his four overs.

Ngidi had been classed as fast-medium prior to this series getting underway but regularly managed to top 140 kmph and his emergence has put a healthy shine on South Africa’s pace bowling stocks.

Anybody who has played any form of cricket is familiar with this old cliche but quite simply one cannot drop five catches and expect to win internationals.

There should be no need for this lesson and the Proteas coach Russell Domingo will no doubt be extremely displeased with the way his team fielded in the this T20I.

Farhaan Behardien was given a tough task to be fair, charged with leading a very green Proteas unit as his first experience of international captaincy but he made some critical errors.

The decision to bowl part-time spinner Jon-Jon Smuts in the last over of the second T20I with an injured Angelo Mathews needing just seven runs to win the game stands out as a blunder.

Some of his field placings in the third T20I raised eyebrows as well although the inventive batting of Sri Lanka would have given even the most experienced skipper headaches.

The series loss was disappointing no doubt but given the inexperience of the squad there was enough to suggest that the depth of talent in South African cricket is remarkable.

We have already mentioned Ngidi but there were creditable performances from some of the other youngsters including Mangaliso Mosehle who smashed 21 off the final over of the Newlands contest.

Players like Theunis de Bruyn and Reeza Hendricks showed glimpses of what they can do with the bat while Smuts was promising with both bat and ball without blowing anybody away just yet.

With fears of a Kolpak driven talent drain rampant the inexperienced Proteas showed SA cricket still has a lot of strength in depth.

It’s an almost worn out phrase, ‘We shouldn’t underestimate…’ but it rings true in this instance. Sri Lanka suffered from diabolical batting collapses throughout the Test series and had a good go at a few throughout the T20 exchanges but they are outrageously talented players.

The ability of Niroshan Dickwella in particular to score freely on a wicket that held back even the great AB de Villiers is something the Proteas looked ill-equipped to deal with.

The South African camp will have to go back to the drawing board and formulate plans for bowling to the Sri Lankan batsman in the ODIs rather than relying on them getting themselves out.