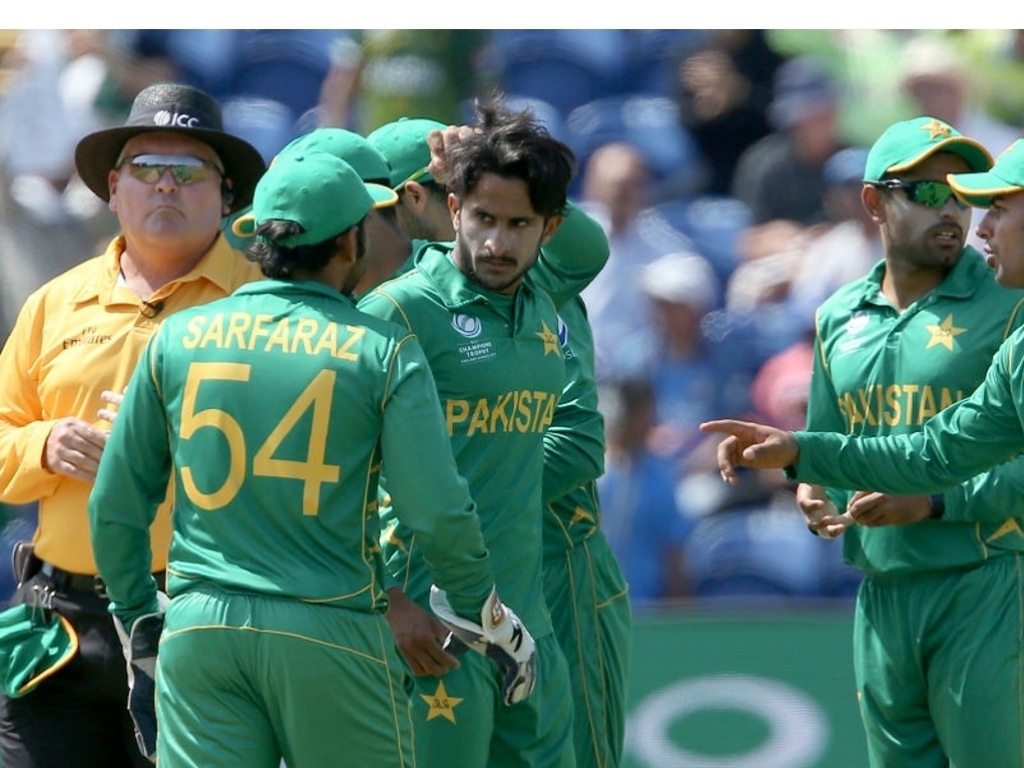 A gallant Pakistan played out of their skins to topple tournament favourites England and book themselves a surprise place in the final of the ICC Champions Trophy.

The underdogs were skillfully aggressive with the ball, unusually competent in the field and absolutely fearless with the bat as they chalked up a resounding victory by eight wickets in Cardiff, with an incredible 77 balls to spare.

On a pitch that looked like a slow dry Pakistani surface rather than a grassy Welsh one, England were bowled out for a paltry 211 in an innings where, although they performed badly, full credit really needs to go to the excellent performance from Pakistan in the field.

Hasan Ali (3-35), Junaid Khan (2-42) and newcomer Rumman Raees (2-44), playing for the injured Mohammad Amir, tore through the English batting order after the home side had managed a solid start and then fell apart at the seams.

It was some spectacle and the crushing win has most likely set up a Pakistan versus India (India plays Bangladesh tomorrow at Edgbaston in the second semi-final) final on Sunday at the Oval.

If that is the case, that match could well be the second- most watched sporting fixture ever, after the 2014 World Cup football final.

England might have been surprised when Sarfraz won the toss and chose to bowl first on a used pitch on an extremely sunny day.

The home side has become quite accustomed to scoring 300-plus over the last couple of years and surely it made sense to get first use of a wicket that would surely get lower and slower?

England started well enough and got the rub of the green with some close LBW calls and two dropped catches (Jason Roy’s replacement Johnny Bairstow on both occasions) but they managed a fine start nonetheless.

At 80 for one after 16 overs, Bairstow (43) fell to Ali, who was the fifth bowler used by Sarfraz. Morgan joined Root and still things looked fine as they got to 128 for two after 27 overs.

Junaid Khan started the havoc when he had Root caught behind for 46.

Morgan (33) fell to Ali by the same method soon afterwards and when Buttler (4) was caught behind off Junaid, the collapse was well and truly under way. Moeen Ali (11) was then caught by a blinding running outfield catch in the outfield by Fakhar Zaman. No other batsman would make double figures.

All told the collapse represented eight wickets for 83 runs. A dejected England were going to have to bowl out of their skins to have any chance of defending it.

At the start of England’s innings, it had seemed that the crowd comprised 80% English fans. By the end of it, one would have guessed it was 80% Pakistani. In truth, it must have been very even, which made for a great atmosphere and a welcome change from the crowds that have overwhelmingly favoured the Asian sides, particularly India.

Pakistan made light work of the reply. Yes, they rode their luck but they could afford to take some risks when chasing only 212 runs to win. Azar Ali (76) led from the front as he and Zaman (57) raced to 118 without loss from 21 overs.

Neither batsman was able to go on to make a hundred but the damage had been done. Babar Azam (38) and Mohammad Hafeez (31) then cantered home waving to the crowd. England had been well and truly beaten by a side that had been 50/1 rank outsiders to win the tournament. Indeed, very few people would have fancied the eighth-ranked side that only just qualified to play in the tournament.

Certainly, it was a sad ending to an England campaign that had been so promising. Morgan is a strong captain who has taught his side to play more positively than any other. When it works, which it usually has, the result has usually been comprehensive victories. When the gamble hasn’t paid off, however, it has backfired like a Theresa May snap election.

If India do get past Bangladesh in Birmingham then tickets for the final will change hands for as much a thousand pounds. Epic.