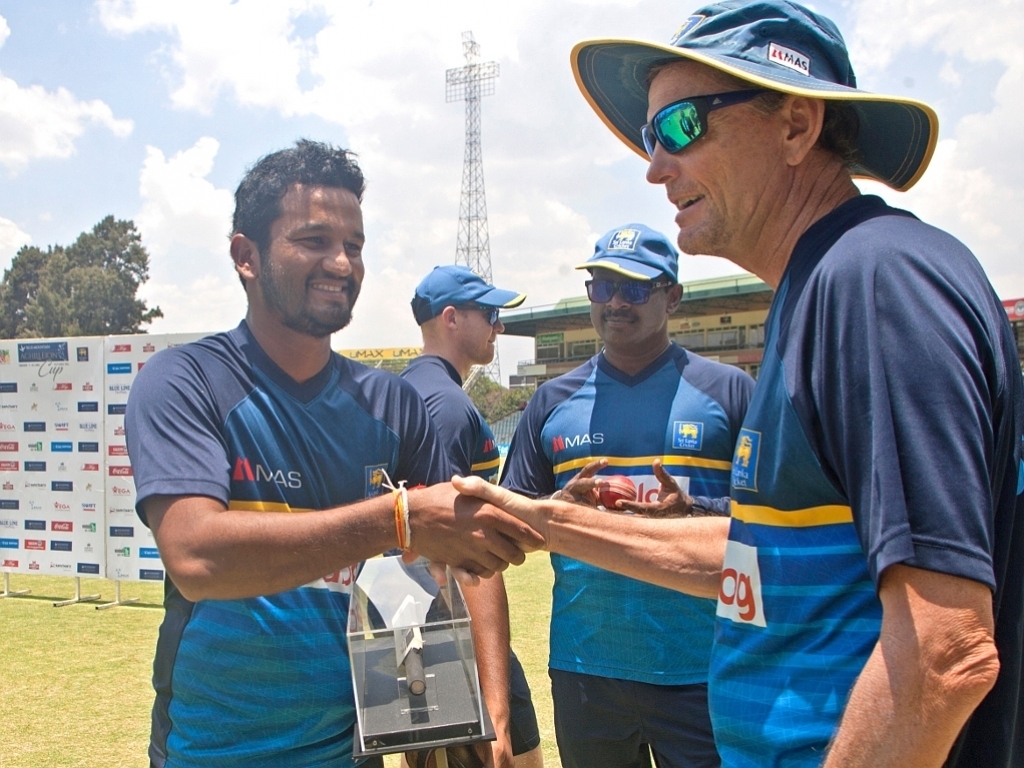 Graham Ford has been named as the new National Head Coach of Cricket Ireland.

The 56 year-old South African has signed a three-year deal and will take over the reins from John Bracewell when his current contract ends in December.

A former first-class player with Natal, Ford has 25 years coaching experience including roles as Test coach with South Africa and Sri Lanka (twice). He also enjoyed successful spells with Natal/Dolphins, Surrey and Kent.

“I am really excited to be a part of this new era in Irish cricket. I have always enjoyed working with decent people and, in their attitude, character and camaraderie, the Irish cricketers have always come across as such,” said Ford.

“With my knowledge and experience I believe I can genuinely make a difference. All my efforts will be dedicated to assisting the players to improve and achieve their full potential while playing an enjoyable brand of cricket.”

Cricket Ireland CEO Warren Deutrom welcomed the appointment of Ford, who comes with an impressive reputation and track record at international level.

“We are delighted to have a person of Graham’s calibre as Ireland’s next Head Coach and we are all looking forward to working with him,” said Deutrom. “Graham has a strong reputation for man-management, of improving individual and team performances at all levels, and has shown how to build winning teams in all three formats.

“He is well respected throughout the cricketing world, and we believe his coaching CV sends out a strong signal of our intention to try and hit the ground running as quickly as possible as a competitive force among the Full Member nations.”

Cricket Ireland Performance Director Richard Holdsworth outlined why Ford had been chosen from a strong field of candidates.

“Graham’s reputation for improving young players, his work ethic and huge knowledge were among the key factors for his appointment,” said Holdsworth. “The panel was strongly persuaded by Graham’s clear understanding of what the Ireland team and Irish cricket in general needs right now, while he is already familiar with some of our players through his coaching spells at Kent and Surrey.

“In the short term, his expertise in the shorter forms of the game will also be vital as we build towards two major ICC events over the next three years – including the ICC World Cup Qualifier in the first half of 2018 – while longer term he is aiming to strengthen the national team in its rebuilding process from a core of long-established players to a younger less experienced team.

“John Bracewell and his support staff continue to plan the next few months, while a hand-over with Graham during the tour to UAE in late November and early December has been mutually agreed, after which Graham will take charge.”