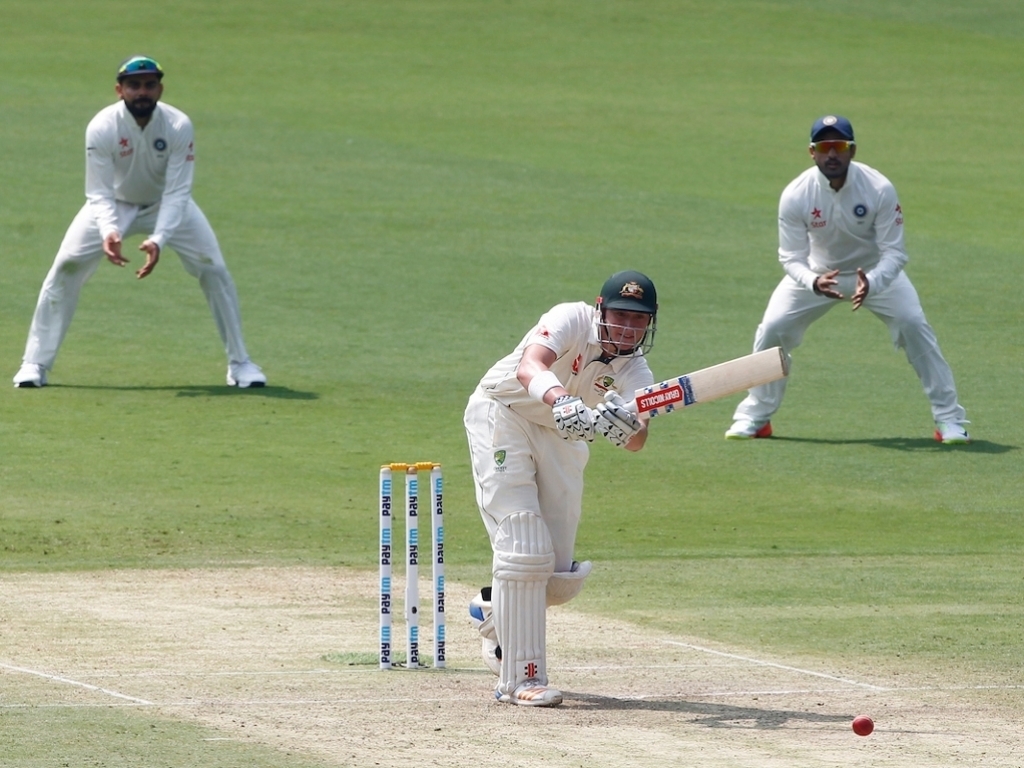 One of the ugliest Test series in recent memory will draw to a close at one of the most beautiful grounds in international cricket.

The mudslinging and self-righteous protestations will take a back seat to what we hope will be an intense Test played on a good surface at Dharamsala.

India may have to face Australia on March 25 without their injured skipper Virat Kohli whose shoulder has dominated headlines since early in the third Test.

The hosts have brought speedster Mohammed Shami into the squad possibly to bluff the Aussies into thinking the wicket will be seam friendly or he could replace the tired-looking Ishant Sharma.

Australia meanwhile have toyed with the idea of axing a spinner in favour of seamer Jackson Bird who hasn’t featured since the second Test against Pakistan.

Paceman Pat Cummins held up well despite a marathon effort in Ranchi which bodes well for his future although it could spell the end of Bird’s chances home and away.

The Australian middle-order looks in good shape after forcing the draw in Ranchi with Steve Smith the most in-form batsman in world cricket being backed up by solid performances from Peter Handscomb and Shaun Marsh and Glenn Maxwell looking every bit the Test number six.

David Warner has been poor throughout the series but is the kind of player who can never be discounted.

For India the major concerns are the form of Ajinkya Rahane and skipper Kohli who haven’t turned up in the last few Tests but there have been contributions up and down the order with Murali Vijay and Lokesh Rahul forming an imposing opening partnership and being backed up by the dependable Cheteshwar Pujara.

Ravi Ashwin had a difficult time in Ranchi and will be eager to get back on top after losing his number one ranking to Ravindra Jadeja who has enjoyed a purple patch this series.

Umesh Yadav has been a revelation this series showing a willingness to attack the stumps and effect leg before decisions especially when the bounce becomes unpredictable.

Wriddhiman Saha has been more than solid behind the stumps and his runs have been vital when India’s middle-order kingpins have misfired.

Pujara has assumed the mantle of middle order rock and India will look to build innings around the man whom Australia have found very hard to shift.

Jadeja has troubled the Australians and time and again has been able to break partnerships by building pressure on the visitors.

Smith has been so consistent throughout the summer even when Australia were struggling and his ability to dig deep and keep the scoreboard ticking over will again be vital for the Baggy Green.

Cummins has the pace through the air to trouble any batsman on almost any surface in the manner of Dale Steyn, Mitchell Starc and Trent Boult and will assume Starc’s role of getting the early breakthroughs.