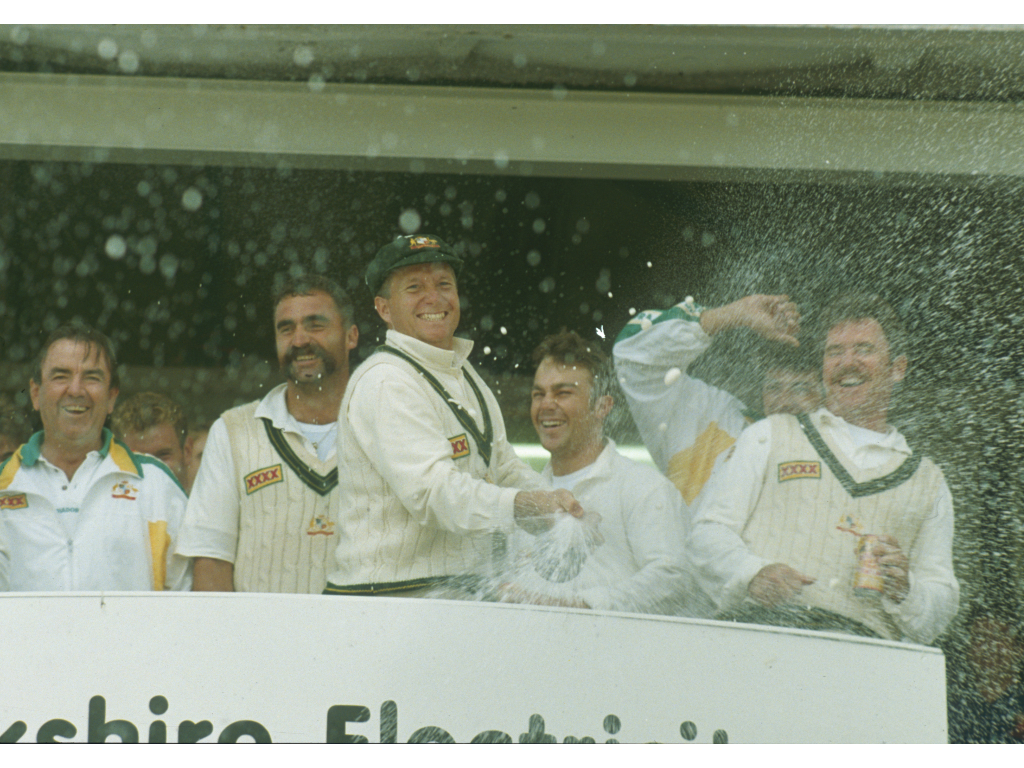 With the build-up to the Ashes now well and truly in full swing and the cricket world hanging off the words of Steve Smith and Joe Root I have cast my mind back to my earliest memories of the Ashes.

The search took me back into the fog of early childhood and a long list of ways in which I misapprehended the world.

I was convinced that Australia and England were playing for the actual remains of some legendary cricketing figure, probably WG Grace I reasoned.

And just like the moment when we all realize that Santa Claus isn’t real I was deeply disappointed to find that the thing that got the Aussies and the poms so riled up was purely symbolic.

My early cricket education sprouted with the re-introduction of South Africa into international cricket and a new impression of the game’s most iconic rivalry galvanized.

In 1993 Allan Border led his team to a 4-1 win over England in the first Ashes series I actually remember watching.

The Australians seemed to be beer swilling cricket monsters and Border, David Boon and Merv Hughes had facial hair that frankly terrified me.

The English seemed to me to be pale and inept imitations of what I thought a cricket player should be. I couldn’t imagine them ever winning the Ashes again and I found it unbelievable that these chaps invented the game.

I didn’t think anybody could beat Australia though, and me heroes if Jonty Rhodes, Allan Donald and Hansie couldn’t do it then my tiny brain couldn’t see how Michael Atherton could block his way to reclaiming the urn.

Aussies were now mythical people who clung to the bottom of the earth being great at cricket, much to my disgust, playing some weird form of football crossed with rugby, surfing, drinking beer and calling each other mate.

The beer drinking impression was fueled by images of Australians celebrating victories with a brew in hand, I wasn’t sure what the English looked like when they were celebrating but felt pretty confident it involved drinking tea and perhaps being allowed to smile.

As I entered my teens I embraced the identity of cricket anorak and became enthralled by Ashes history from its early days through ‘Bodyline’ and into the modern era and I became deeply envious of the rivalry while seriously questioning Ian Botham’s fashion sense.

Nothing matches the Ashes for scope and it is perhaps the most enduring rivalry in all of modern sport.

It would only be in 2005, at the age of 21 that I would witness an England team actually beating Australia in a Test series to breathe new life into a rich and worthwhile tradition.

The one Test series that has never lacked for context has held its place of prominence in world cricket despite massive shifts in how the game is played and watched the world over.

The Ashes has captured the imagination of young and old for generations with it’s sideshows and controversial moments and some great cricket.

Who knows how this season’s edition will pan out? One thing we can be sure of though is that it won’t be boring and we may see a new chapter written into the rich folklore of the Ashes.