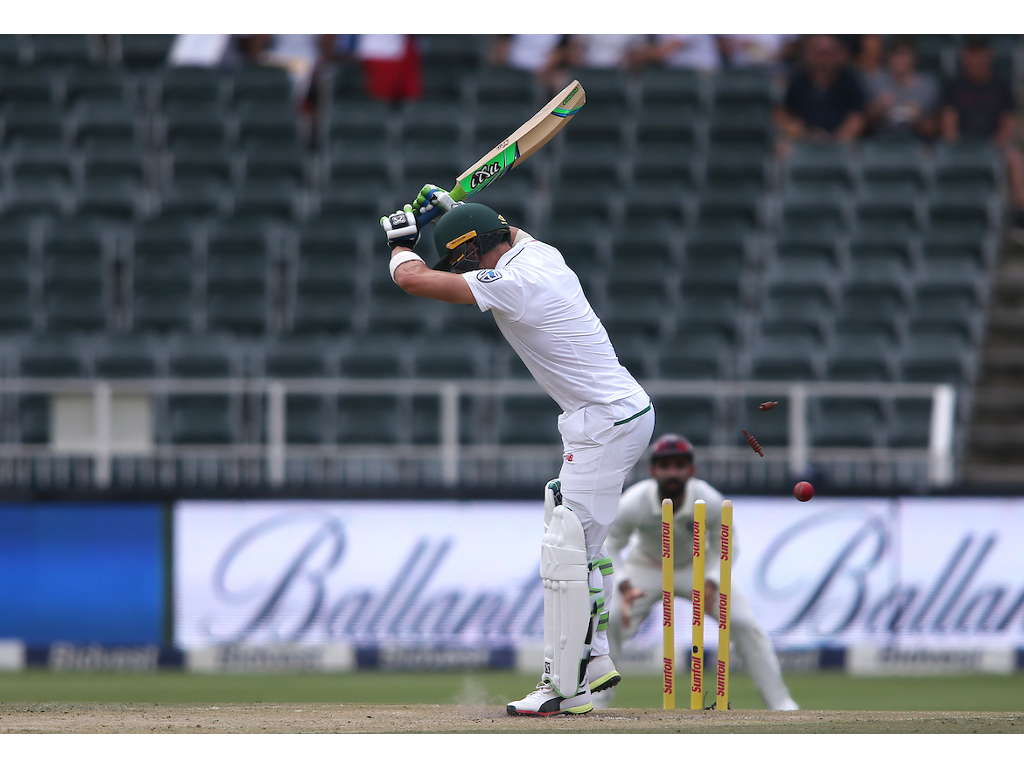 1 RABADA RUNS: Sent in as a nightwatchman on day one of the third Test between South Africa and India Kagiso Rabada played a little gem of an innings on the second morning. He added 30 valuable runs and very nearly made it to lunch with Hashim Amla after losing overnight partner Dean Elgar early on the day and allowed South Africa to edge on top early on.

2 BUMRAH BRILLIANCE: Jasprit Bumrah exploited the conditions at the Wanderers brilliantly to bag his first career Test five-fer. Bumrah exploited the seaming and increasingly unpredictable pitch using his angles to force shots and attack the stumps. The pick of his deliveries was the vicious in-ducker that cleaned up Faf du Plessis who opted to leave.

South Africa have been bowled out for 194 and lead by 7 runs, as India prepares to comeback out to bat. Coverage continues on SS2 & @DStv Now. #SAvsIND pic.twitter.com/fwKBxYLFAU

3 MIGHTY HASH: Amla was immense on a day where DRS was his best friend and his gamble of moving across his stumps to negate inswingers paid off and saw him notch the highest score of the match so far. He will be disappointed with his dismissal, he chipped Bumrah to a man halfway to the fence on the legside for 61 and let out an agonized groan.

4 DRS DILEMMAS: India trice reviewed the umpires decision while bowling, twice the batsmen were saved because not enough of the ball was tracking to hit the stumps and once the ball tracked as missing the stumps. Had Ian Gould given the batsmen out on both the occasions umpire’s call was the verdict a review would not have saved them. Worse still for India they chose not to review a decision where AB de Villiers would have been out and would see Amla saved by DRS after having been given out by the same umpire Gould.

5 GRINDING GETS IT DONE: India sent Parthiv Patel in to open, he quickly blitzed 16 runs but after that a grinding effort from usual openers Lokesh Rahul and Murali Vijay helped India move to the close of play just ahead of their hosts and looking to take the game by the scruff of the neck tomorrow. India lead by 42 on a pitch where anything over 180 could prove to be very tough to chase.

#SAvIND STUMPS DAY 2:
India end the day on 49/1 giving them a lead of 42 runs going into day three.
Coverage continues tomorrow at 10:00 (CAT) on SS2. pic.twitter.com/cRHU33RvBU